The Broken Windows Theory contends that if there is vandalism in a neighborhood, such as graffiti or broken windows, young people may think that it’s acceptable to commit major crimes. According to Filip Lein, president of San Miguel Siempre Hermoso (Always Beautiful San Miguel), the streets belong to all citizens, not just to those who want to claim it as their territory.

In the past three years a group of foreigners, later joined by the local administration, has eliminated about 30 thousand tags, bombs (quickly executed graffiti), and graffiti. “The graffiti artists painted at night. The program operated during the day.” Probably few remember, but the complaints 20 years ago were related to vandalism that consisted of scratched facades.

In 2012, when Colleen Sorenson arrived in San Miguel from the US, she found that the graffiti “problem” still existed here. With her experience working with muralists in her country, she thought that Colonia Guadalupe—where she resides, could become the first urban art district. She didn’t just think so, she went to work to create a space where young people (nationals and foreigners) could express their ideas.

It was here that White Walls came about. Now directed by Jan Roth, there is an annual Urban Art Festivals in the area. Today, Colonia Guadalupe residents are organized to curate the murals, and decide the themes that can appear on the walls. They cannot be related to drugs, violence, or antisocial issues.

The first urban art gallery was finally created in San Miguel. The idea germinated in 2019, but there was no budget for it or for the paint. Then came the pandemic, and now there is a murals display on the walls of the underpass that connects Colonia Malanquín with San Antonio.

Atencion spoke with Paulina Cadena, director of Culture and Traditions in the city, who is responsible for the gallery. She commented “We made a proposal with a program that we called Colored Walls. The project consisted of bringing together artists who would create an urban gallery, such as is already present in Querétaro, León, and Guadalajara. The pandemic arrived and the “stay at home” orders meant not going out or attending events. However, it gave us the opening to start the project.”

The Office of Culture and Traditions began with historical portraits in areas with high rates of crime, drug addiction, and adolescent pregnancy: Guadalupe, Cuevitas, San Antonio, Insurgentes, and Jardines, among others.

“When we finished, we were happy with the result. Then we got authorization for the gallery project under the Malanquín bridge. We opened this to artists, and brought together ten who live in San Miguel and who have been living off their murals. Among them is Juice, who started the project in Mauricio Trejo’s triennium. He handed the project over to María José Garrido. It grew, and became what we now see in the Guadalupe neighborhood,” commented Director Cadena. 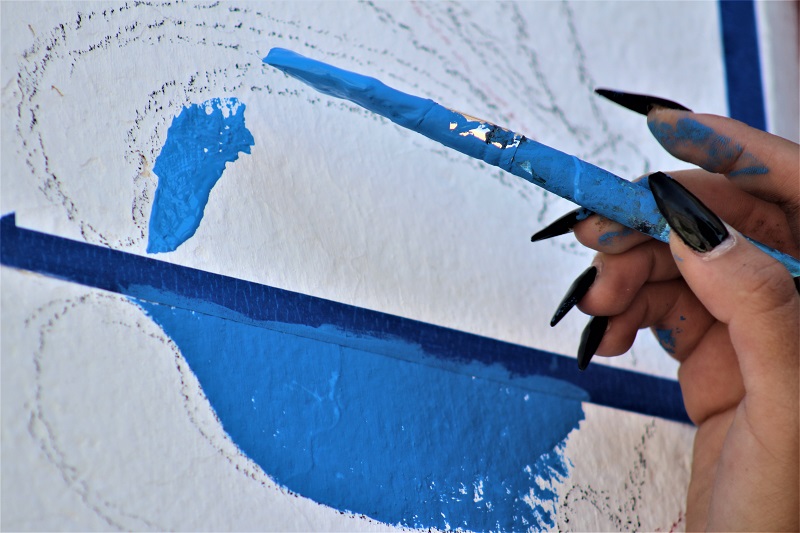 The idea has been to support and promote young artists. As a matter of fact, the Offices of Culture and Tradition has hired four of them. The rest are provided with paint supplies. They are hired in specific spaces to offer workshops, or to complete some of the murals that the four hired muralists are unable to complete.

Felix, who painted the mural on the Red Cross façade on the Manuel Zavala Bypass, is 24 years old; he conceptualizes art, he is a graphic artist. “We are promoting them. Merle has begun to grow here artistically. Gabo needs technical support and encouragement, which require follow-up, and we sponsor that,” Director Cadena proudly told Atencion. She added that the idea is for the muralists to continue painting and that there is a budget for the program to go on through the end of the year.

If neighbors in a particular neighborhood want a mural, it’s easy. There is a meeting with the residents, a theme is defined, proposals are presented, and the piece is chosen. “If the four muralists we have can’t do it, outsiders are called on. We support the project with some pay, paint supplies, scaffolding, stairs. It can be a project among neighbors, or even as a private initiative.”

In the various neighborhoods, 18 people have worked on murals and created works on the Malanquín Bridge, Cuevitas, Red Cross, San Antonio, Insurgentes, etc. The most recent collection is Faces of Cinema. This particular project highlights actors, actresses, and artists who lived in San Miguel, or who visited the city and fell in love with it. 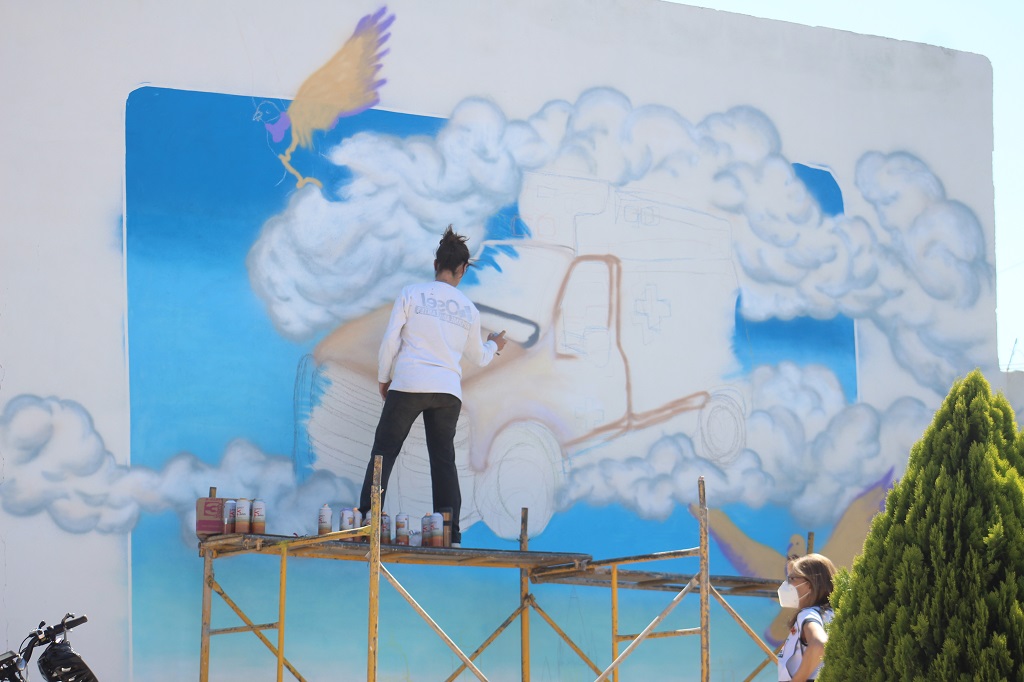 The Office of Economic Development and International Relations of the city works with the organization. The team consists of four artists and two vehicles. According to the director of International Relations, Francisco Garay, the program has been extended beyond Centro to neighborhoods such as San Antonio, Allende, and Ejido de Tirado.

This is a community organization that works in coordination with the local administration to keep the city free of graffiti. The organization began to work on its own in approximately 2001, when people, through their own resources, took charge of removing tags, bombs, and graffiti in the historic center.

Filip Lein, president of the organization, said that when he arrived in San Miguel eight years ago, he was surprised to see that there was no graffiti in the city. He began to investigate and discovered this organization that fought these vandalism acts.

According to Lein, it was during the administration of Mayor Luis Alberto Villarreal García that the group of foreigners involved in that project met with then-director of Economic Development and International Relations, Cristopher Finkelstein Franyuti, to work as a team and keep the city free of tags and other graffiti.

“The taggers (graffiti artists) work at night, we work during the day” commented Lein, who also clarified that before they remove paintings made with chalk, crayon or spray, they always ask the permission of the property owners, “because they may say that they like the tag on their walls.” 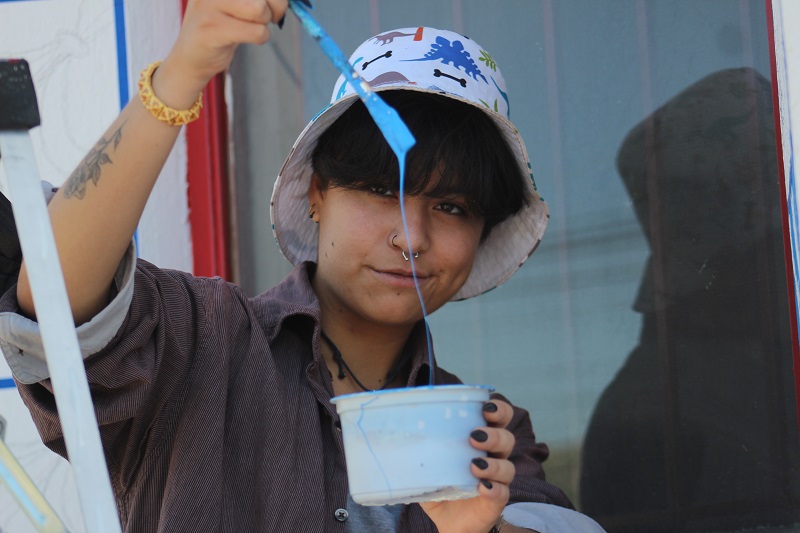