Little by little, the Biblioteca of San Miguel de Allende has begun to reopen. Inside the patio, on what is considered everyone’s stage, the library hosted a first book presentation since the COVID pandemic that forced the Biblioteca to close. The novel Walleye, by Peter Ross, is based on historical events. It takes place in indigenous Canada and delves into political issues with a sprinkling of romance.

Peter Ross was 27 when he came to San Miguel to write, but life had other projects in mind. Now, decades later, he has accomplished creating what he always wanted to write—a thriller. Having satisfied his passion, he wanted to present his novel in a setting focused on literature. La Biblioteca fit the bill because its objective is to promote art and culture.

Acquaintances, friends, and family bought tickets and came to the presentation on June 23. Ross read from Walleye, signed copies, and mingled with the attendees. He provided music and drinks, and the proceeds of the event went to the Biblioteca to support its purpose of being a cultural space for everyone in San Miguel.

The walleye is the largest member of the perch family, and is named after its opaque, almost blind-looking eye. The large reflective surface of the orb allows it to hunt in low light.

Walleye is an eco thriller set in Northern Ontario, Canada, on Temagami Lake, one of the world’s most beautiful bodies of water. An eco terrorist/serial killer is on the loose, and long-time lake resident Jack Alexander is reluctantly drawn into the hunt.

A Canadian, Peter Ross has spent much of his life on the lakes and in the bush of Northern Ontario. He is a father, sportsman, traveler, and former business executive who did a stint in the book business. At one point in his career, while crafting business and marketing endeavors, he turned to the novel as an outlet for his imagination, historical approach, insightful research, and creativity. He currently spends his time between San Miguel de Allende, his retreat in Collingwood, Canada, and his beloved cabin in Temagami. Traveling is always in the cards.

You can get the book on Amazon, or at the Tesoros store of the Biblioteca on Insurgentes 25. 300 pesos. 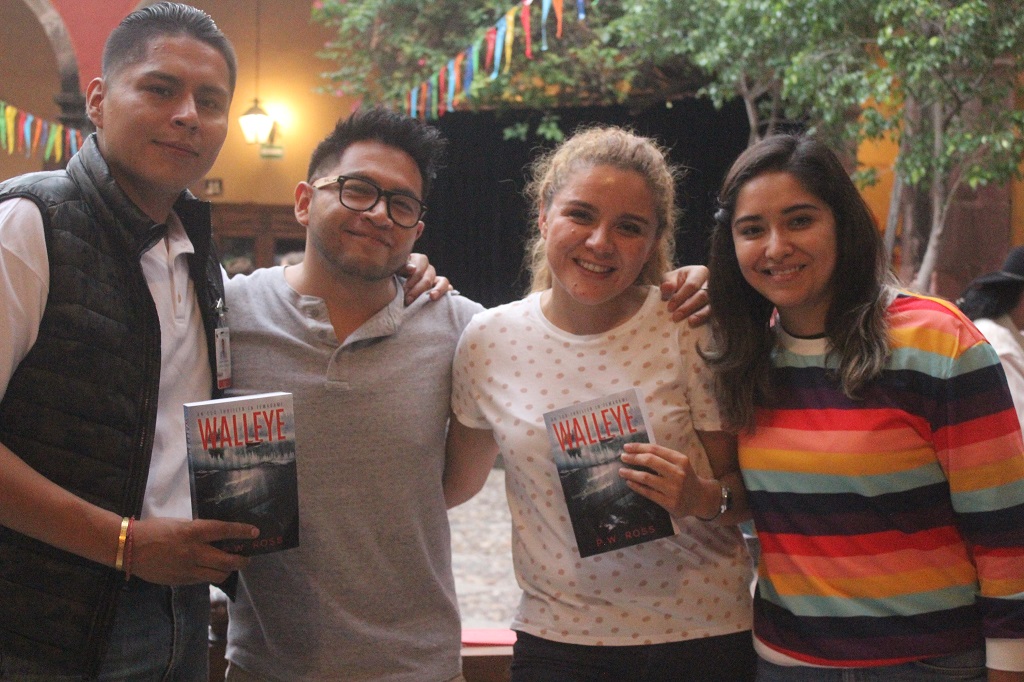