Wastewater is being released from the El Milagro and La Escondida subdivisions into the Carrizos Arroyo, which empties into the federal water reservoir, Presa de la Cantera. If that was not enough, wastewater from the from La Parroquia 2 subdivision is also flowing into the reservoir.

For decades, the Presa de la Cantera has been a recreation area, where families camp under mesquite trees and fish. Until about 25 years ago, residents of the area who were without potable water stole the water from the ditch carrying water from the presa to irrigate area fields and used it for drinking water. The reservoir also served as a watering hole for their animals. The water was clean then, residents from the nearby communities of Estancia de Canal, Rincón de Canal, and Santa Teresita de Don Diego recall. They say that during the rainy season, the reedy arroyo ran crystalline clear and that it was home to fish, frogs, and other amphibians. The banks of the arroyo were used for recreation, and where the water was deep enough, the arroyo was used for swimming.

Some still dare to swim or fish in the presa, but things have changed and are very different now. Due to negligence by nearby communities and SAPASMA, sewage has been allowed to enter the arroyo and slowly seep into the Presa de la Cantera. 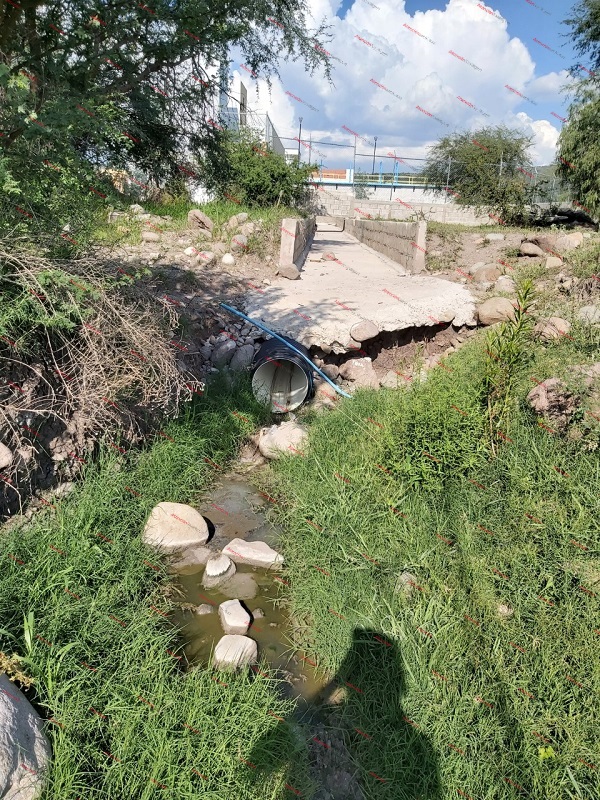 Two years ago the residents of Estancia de Canal, Rincón de Canal, and Santa Teresita de Don Diego began to tackle the situation. It was easy to see that the waterway was carrying more than rainwater, not only because of the color, but also because of the stench and presence of solid residue. The residents registered several complaints on social networks, but never filed a formal complaint until recently.

On July 23, they wrote a letter to SAPASMA and the Sanitation Department to present the facts about the runoff. They also expressed their concern that, in the face of the pandemic, this situation could further spread the virus. Studies on the subject continue.

Atención toured the area and found that in the La Parroquia 2 subdivision—currently uninhabited—there is a water treatment plant. A pipe of some 30 inches in diameter exits the plant and empties into the Carrizos Arroyo. The water arrives rapidly to the bridge connecting Rincón de Canal with Estancia de Canal.

In addition to noting the pooled water and the stench, Atención found that the discharge came not only from the La Parroquia 2 treatment facility. Inside the channel we found a two-inch tube coming from La Parroquia, but with no trace of discharge. Upstream, we found additional discharges from the La Constante, La Escondida, and El Milagro communities—that are producing wastewater.

The previously referenced letter written to SAPASMA on July 23 by the three communities included specific requests: “Stop the discharge of drains into the stream by means of a pumping system. Block or eliminate the pipes and channels through which the drains are discharged in order to avoid contamination of the water and soil.” They also demanded that the authorities stop any type of urban development that does not guarantee responsible wastewater emission into streams that pass through these communities.

The director of SAPASMA—Francisco Jiménez Palacios—claimed in an interview that for a year and a half, it has been asking the developers of La Escondida and El Milagro to stop the discharge, but to no avail. He says that the communities have their own wastewater treatment plants, but they have stopped working.

Regarding the wastewater problems at El Milagro and La Escondida, Jiménez said that a limestone embankment was built alongside the channel to stop the spillover of water beyond it. He also stated that regarding El Milagro’s situation, all that remains is to make the connection to La Parroquia 2 plant. Testing of the La Parroquia 2 treatment plant began last week; cultivation of microorganisms that help treat water will be implemented, but this process will take a couple of weeks. 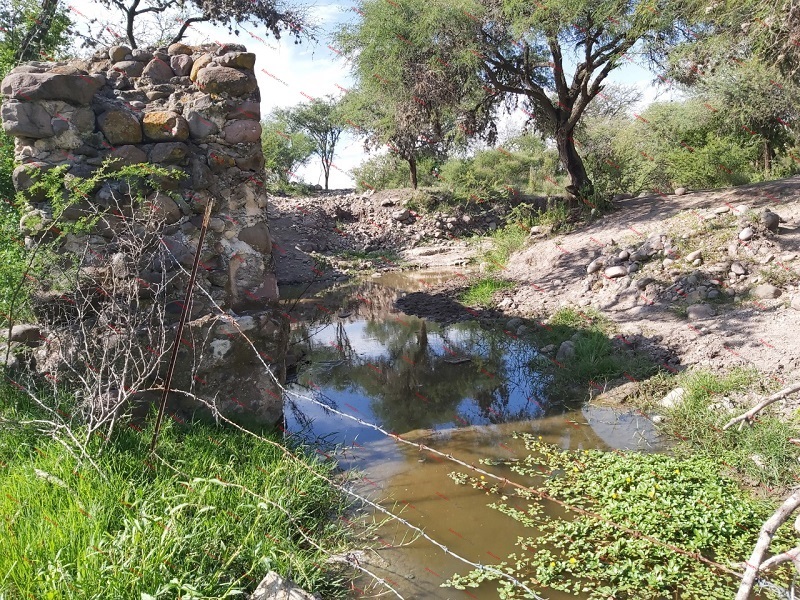