The Charco del Ingenio nature preserve was given to the people of San Miguel thirty years ago, accompanied by pre-Columbian rituals. It was passed on to the original indigenous population as well as the general population in a ceremony that included prayers of praise, súchiles, and dances.

The ceremony is an annual celebration. The party is notable, and is normally open to the public. There is a vigil and a procession that addresses each oracle in the preserve; there are blessings, rituals, guapangos, mojigangas, and dances. This celebration has been in Landeta.

This year, however, the event was held under the auspices of the Valle del Maíz stewardship at the Charco del Ingenio. The súchil offering was placed at the Plaza de los Cuatro Vientos; the rods were placed on the Holy Cross. Although there was a procession, it was not held at dawn, nor was the festival open to all. In fact, it was a sober event. Even though it took place in an open-air space, only small groups were allowed because of the Covid contingency. The largest group allowed was five people, but they had to be family members.

What we must not forget

During the Colonial period, the Cañada del Charco del Ingenio was an area full of springs. Later, water wells were drilled and the springs dried up save one small spring (charco). Its water flowed twelve months a year, hence the name of the area. During those times water was called “ingenuity.” It was used to power a fulling mill (whisk). The mill was used to beat wool and wash it.

The president of the asociacion civil (AC, or civil association) overseeing the Charco, César Arias, noted that San Miguel is built on six ravines: La Lejona, El Parque, Valle del Maíz, el Mercado, Atascadero, which is close to CBtis, and the Charco del Ingenio. In 1989, a group of citizens, including Arias, Bob Hass, and Mario Mendoza, began an initiative to protect this area of natural beauty that had still not been touched by urban development, but that was growing unchecked. Its use as pasture land had damaged it. Through civil organizations and private initiatives, they managed to raise enough money to buy the first sections, which are now part of the 66 hectares. “The objective was to preserve this site to maintain a natural, historical, and scenic treasure,” said Arias.

Once they had bought the entire 66 hectares, the civil association began to construct terraces to prevent soil erosion. They began to plant native flora, and started a collection of cacti and succulents. Over time, the flora recovered.

On June 11, 1991, a total solar eclipse lasted a few minutes, and on that occasion a new era began in the upper areas of ​​the city with an indigenous ceremony. It was on that date that the members of the Charco chose to open the space to the general public. Dance captains from different communities were invited; they held a ceremony that invoked the ancestors at the four cardinal points, and a conquest cross—la Santa Cruz—was erected.

The Santa Cruz is celebrated every July 11 in El Charco. It is located in the Plaza de los Cuatro Vientos in the protected area. There was no notary, according to Mesoamerican custom, therefore the eclipse, during which the moon covered the sun, was engraved on a stone. The return of the Charco del Ingenio to the public was a victory for the indigenous people, said Arias; they had been dispossessed of this area during the conquest to build the industrial area of ​​the time. 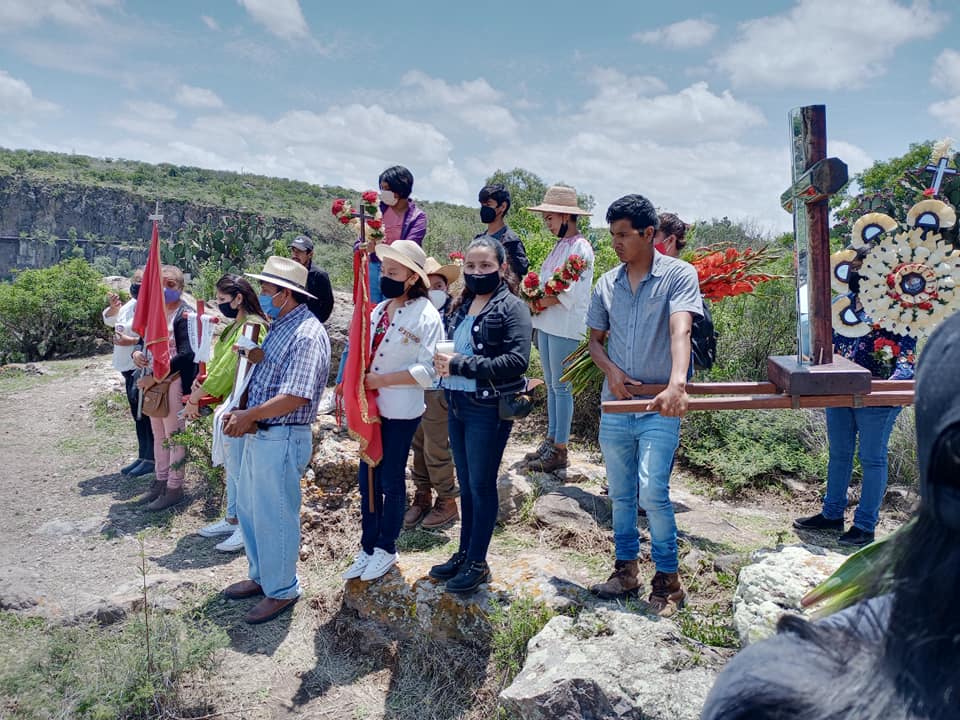