The completion of a peripheral ring road to alleviate traffic in the city, an airfield operated by Fly Across, the reconstruction of a bridge in La Cieneguita almost two years after its collapse—these are just three of many projects that have fallen victim to the pandemic. They are at a standstill, although final plans apparently have been completed, and funding is in place.

These are not the only projects that have halted. Others include the Guadalupe arcade, the Boulevard de la Libertad (which would expand the Dolores Hidalgo to San Miguel de Allende highway), a southern bypass (which would connect the highway to Celaya at the Multicultural School Siglo XXI with the highway to Querétaro), and the plan to ​​move Sanitary Jurisdiction II to the old CAISES location. Due to the pandemic, funds have been redirected to projects with a higher priority. 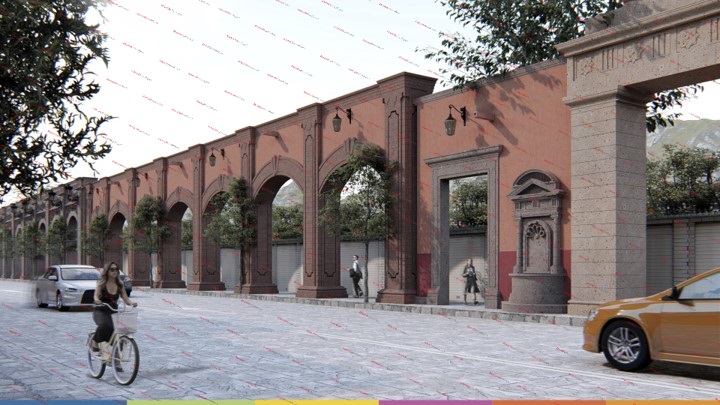 An arcade with no trees, no decoration—it’s not needed

The contentious removal of trees on Avenida Guadalupe in September resulted in a weapon being fired, although nobody knows who did it. The conflict was because of the government’s decision to remove certain species that they said were damaging the urban infrastructure and pushback by citizens who opposed the removal, but in the end lost the battle. Paving to widen the street has turned out to be useless because cars continue to park on both sides of the street, and construction of the planned arcade (series of arches) is now five months behind schedule.

Antonio Soria, the city’s director of Infrastructure and Public Works, initially said that the merchants had requested these initiatives to improve the Guadalupe market. However, several vendors told Atención that the idea of widening the street and adding the arches that would run from Calle San Rafael to Insurgentes along Avenida Guadalupe was the government’s. The proposed investment for the work was 7.5 million pesos, with the municipality contributing 70 percent and the remaining 30 percent to be funded by the merchants. However, the unions (five in that area) were unable to get even 10 percent of their members involved. The amount raised: seven thousand pesos. This information was provided by union leaders, who preferred to remain anonymous.

According to the original plan, the arches’ concrete columns would have quarry stone at their base. This stone would also be used in the arcade and the cornice, while the roof would be of concrete.

Soria explained that within this site, commercial spaces would be regulated so that merchandise would not occupy pedestrian space. The open areas were intended to be used by customers, “like under the portals of the main square.” The work began in October and was due to be completed in March 2020. 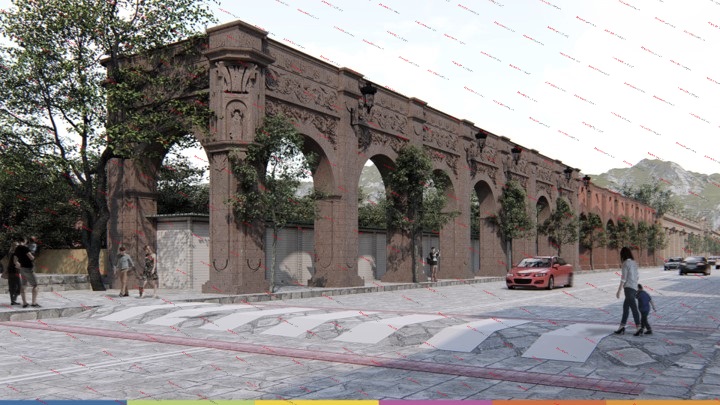 It will now be December

Soria said that the project is extensive: it runs 220 meters in length, but Mayor Luis Alberto Villarreal considered the architecture monotonous and requested a modification “to enrich the details.” Public Works associates came up with the idea of ​​integrating architectural details of the city’s historic center into the concept. Soria said there was “nothing specific,” just something along the lines of the facade of a traditional house framed in stonework, a fountain, portals, and an interior patio, among others. The budget for the work increased to 22 million pesos, which Soria said will be funded by the municipality. The structures already built will be incorporated into the project. Soria noted that the mayor has instructed that the merchants will no longer be required to make any contribution. “The scheduled date [for completion of the work] is the first week of December; the inauguration is set for December 12,” the day the Guadalupe market celebrates the Virgin of Guadalupe. “The arcade looks fine on its own; it doesn’t require plants. 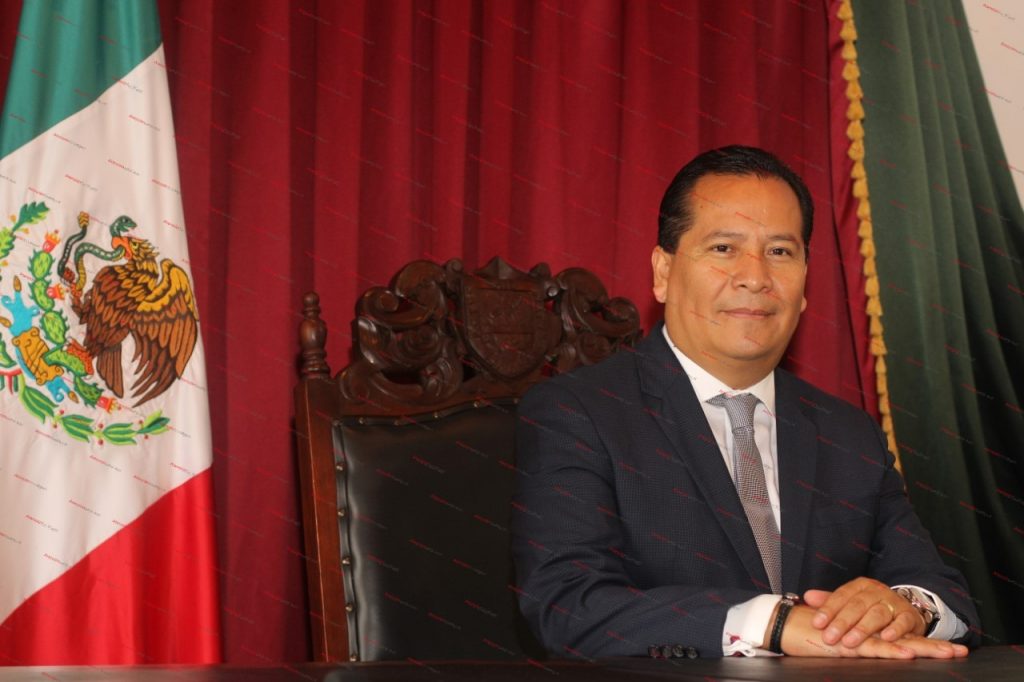 One ring road for everyone

For years, planning has been ongoing to create a peripheral ring road around the city to relieve traffic funneled through the Libramiento (bypass) Torres Landa-Manuel Zavala. The idea has been that the Libramiento would be completed with the construction of a road that would go from the San Luis Rey roundabout to the highway to Los Rodríguez at San José de la Amistad. This project, intended to benefit the new Distrito Corazón, which goes between Hotel Live Aqua and the public park Zeferino Gutiérez, and the new project for the airfield, does not yet have a final plan set.

Gonzalo González, secretary of Government and the City Council, told Atención that negotiations continue for road permits. “The negotiations being conducted are with those impacted by the work—those who own the land—to allow access in those sections. The project continues. If agreements are achieved, the project will be a reality. It would allow closing the path that goes from the San Luis Rey roundabout to San José de la Amistad.” González clarified that the benefit is not only for the airfield or the Distrito Corazón, but also for all the residents.

If this project is carried out, González continued, “residents and visitors would not even have to use the overpass that is in the works at Salida a Celaya.  The infrastructure works are meant to alleviate traffic at the entrances and exits of San Miguel. The overpass is a great project that will be effective for many years. If the project for a bypass in the Picachos area, anyone headed to Querétaro could avoid crossing the city.” Secretary González said that negotiations to get the road permissions to connect the road to Celaya with the road to Querétaro continue, and that 85 percent of the rights of way have been ceded. “The line is defined; it is public. We continue meeting with those affected/benefited by the project. The process is time-consuming; you have to locate people, find out if they have sold off their land, show them the plan. If the project affects the property significantly, you need to make it the least invasive possible.”

Another important project is expanding the highway that connects Dolores Hidalgo with San Miguel to four lanes. The governor of Guanajuato has named it the Boulevard de la Libertad. According to the State Office of Infrastructure and Connectivity, this project does not yet have a final plan set, although the money for it—1 billion pesos—is presumably available.

Secretary González told us that San Miguel is doing its part and that a budget of 15 million pesos has already been approved by the city council. The project “is a long stretch; the work will begin. We are responsible for construction up to Galvanes.”

What about the airfield?

In July 2019, the city council approved leasing the current airfield to Across Travel S.A de CV. The agreement was modified many times “for the greater benefit of the people of San Miguel.”

Mayor Villarreal confirmed that the company would carry out the necessary procedures with the General Office of Civil Aeronautics and conduct the environmental impact studies needed so that the airspace can be used. If the General Office of Civil Aeronautics grants the permit to operate the airfield—which must be obtained by the lessee within 12 months—activity would begin. If it is not obtained within this period, the contract will be terminated without responsibility to either party (the municipality or the company).

According to Secretary González, because of the pandemic, federal offices are working at minimum capacity or are closed. Therefore, the company has made no progress in obtaining the authorizations. The same applies to authorizations for municipal works.

Local authorities told us that if the General Office of Aeronautics rules in favor of the company, it will have to invest 10 million pesos to revamp the runway and construct a private hangar. The contract the city council was to sign with the company the previous year was for a period of three years, with an eight-month grace period during which they would not pay rent. The monthly amount the company must pay the municipality is 251,235 pesos. 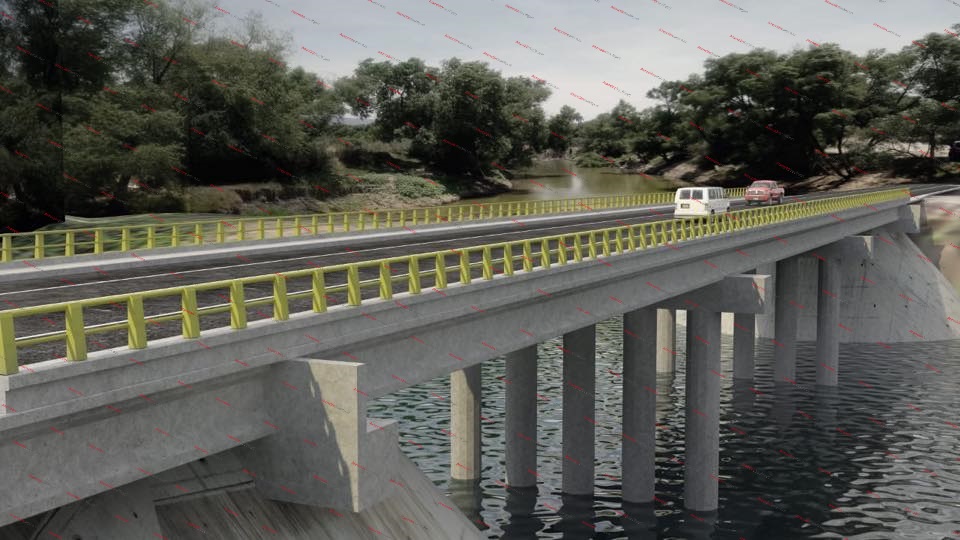 No ford, no bridge, no permit

It’s been over two years since the Cieneguita bridge over the ford collapsed in June 2018, one year and two months since the final plan set to rebuild the bridge was presented at a cost of 45 million pesos—and one year since the current administration inherited the problem. Secretary González stated that it is certain that the lack of permit is due to the pandemic and that when the federal offices reopen, the permit will be issued in a couple of weeks. In an interview with Atención a year ago, Mayor Villarreal told us that the project was ready to go, and the money was already there, but now CONAGUA (the National Water Commission) must give its authorization because the bridge will not only cross the Rio Laja, but also the base of the Allende dam.

Villarreal explained that, “The original bridge exists because of a problem that arose during the 2000-2003 administration. One hundred communities needed the bridge to reach the municipal seat. When I became mayor, the government’s commitment to how the problem would be solved was already in place. Architect Eduardo Arias had made an apparently simple proposal to solve the problem by means of giant submersible pipes that would carry water underground during rainy seasons when the ford could not be used. When I became mayor, the pipes had already been acquired at a cost of millions of pesos.” (Four of the six pipes of the six pipes later collapsed.)

Although the mayor acknowledges that the original bridge was not the ideal solution, he said that one day the leaders of those communities came to his office and invited him “to go see what it was like to cross the ford in a panga (skiff) at night; the panga was tied to a cable.” So the work was done, the bridge collapsed, and it has not yet been repaired.

A new bridge concept was developed by the municipal government, and a final plan set was created and presented to the state in June 2019, but it has not been approved by CONAGUA because it is located inside the reservoir of the dam and did not meet the basic flood measures to safeguard users.

An idea considered for the city center was constructing an auditorium, parking lot, terrace, and commercial space at Relox 62, the site of the current administrative offices of Sanitary Jurisdiction II. Two years ago, the city council approved renting the old Ramsa San Miguel building on the road to Celaya and moving the sanitary offices there. Subsequently, however, the building’s owners decided to use the site for another purpose, and the rental agreement with the municipality was canceled. Then the municipality decided to rent a warehouse, known as CIEXPO, on the road to Celaya and convert it into offices. That plan was also scrapped because to reach the building, an access road and a bridge over a stream were necessary, which required federal permits. Most recently, an agreement was reached with the State Health Department to adapt the offices of the old CAISES in La Lejona, but with the pandemic, that has been put on hold. 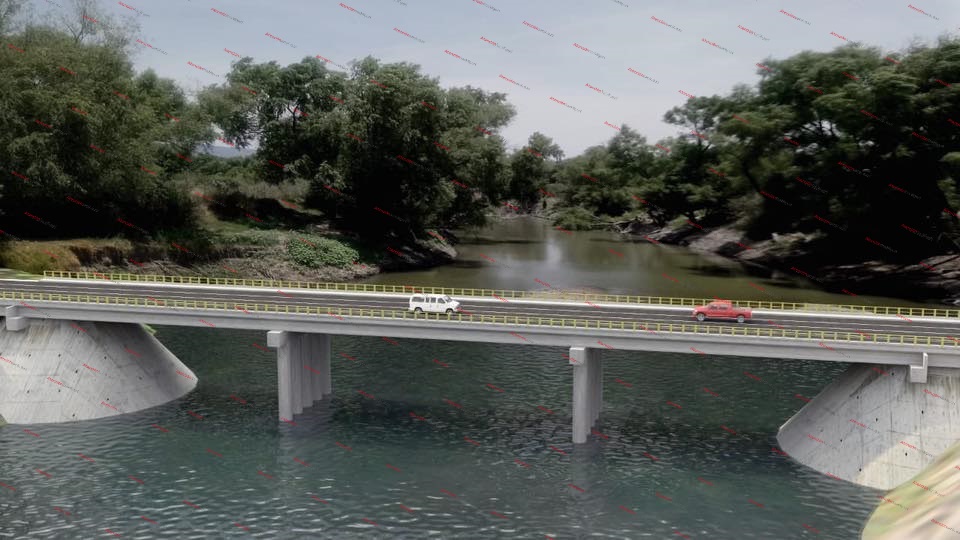