Mexico and Argentina will be producing between 150 and 250 million doses of anti COVID-19 vaccines with the firms AstraZeneca and the Carlos Slim Foundation. The pharmaceutical company in charge of production announced the accord reached by the two countries. They state that if clinical trials are successful, the vaccine will begin to be shipped to Latin American nations during the first part of 2021. Mexican chancellor, Marcelo Ebrard Casaubón said that phase 3 of the Mexico-Argentina vaccine could be final by November of this year. As soon as the regulatory agencies approve the vaccine, mass production is set to begin. The director of Secretaría de Relaciones Exteriores (Office of Foreign Relations), SER, said he felt gratified in being part of an “axis of good” between the Argentine and Mexican governments. This major agreement between the two nations will produce a vaccine considered to be one of the most advanced in the world, according to clinical studies. “It’s a vaccine that is in phase 3 and it’s estimated that the results of phase 3 will be presented in the month of November. [Phases] 1 and 2 had very positive results. Phase 3 will be presented in November to the regulatory agencies; in the case of Mexico, to the Comisión Federal para la Protección contra Riesgos Sanitarios (Federal Commission for the Protection against Health Risks), COFEPRIS, for evaluation and authorization. With the results of Phase 1 and 2, we are fully convinced that the investment in time and effort is relevant and secure,” he said. He also stated that Mexico “is participating fully in the multilateral efforts since the resolution presented to the United Nations” about the development and distribution of a vaccine against the new Coronavirus. President Lopez Obrador indicated that this will bring hope to Mexico and the entire region, after so many deaths due to the pandemic.

According to the secretary of health, this past Wednesday, Mexico reached 498,380 cumulative cases of Coronavirus SARS-CoV-2 and 54,666 deaths from COVID-19. There were 5,858 new cases and 737 new reported deaths in one day. These numbers reflect a 1.18 percent increase in contagion and 1.36 percent increase in deaths as compared to the previous day with 492,522 cases and 53,929 deaths. 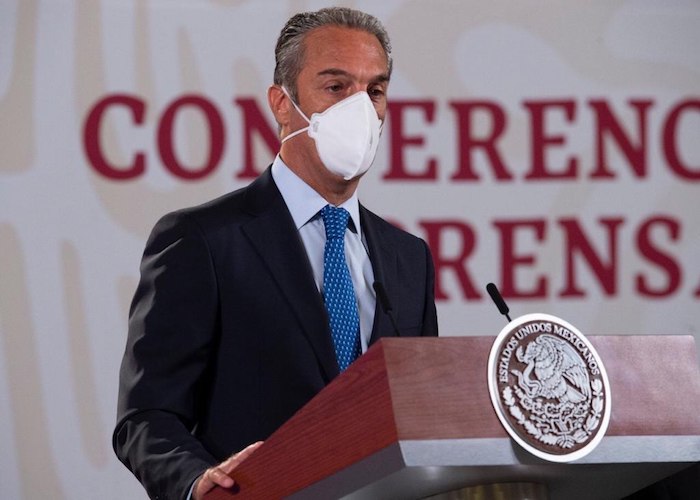