The Fundacion de Apoyo Infantil, FAI, (Foundation for the Support of Children) has continued to do its work. For over forty years they have promulgated the idea of educating and training children to take ownership of the environment, to care for it, enjoy it, and make it last for many more years for future generations. In spite of the pandemic contingency, they have maintained their programs, although concentrating on community involvement and without the ability to engage the public fully.

When the lockdown began in March 2020, all in-person classes were suspended. Currently two schools are participating in the Guanajuato Department of Education pilot program for the return of in-person classes; in San Miguel they are Tiyolly, and NWL. During the pandemic lockdown, organizations like Feed The Hungry had to revise their modus operandi and find a way to feed thousands of children, providing daily breakfast and lunch to them. They did so by bringing the food to the children and their families at their homes.

The FAI’s programs all follow the rules set out by the Convention on the Rights of the Child and began in the city in 1989; they all deal with the care of the environment, as are the programs of the Charco del Ingenio. Today the organization works with presentations to audiences in public and private schools, and institutions. Once students, teachers, and parents learn how to separate waste, to care for flora, fauna, and to recycle gray water; they are certified as Friends of Nature. Lourdes Morales, the director of FAI, explained that when the pandemic began and educational centers were closed, but the program did not stop, instead, the organization evolved. They began community work which involved knocking on doors and offering the environmental program to the entire family.

The director stated that with the start of the current rainy the focus is now on the construction of cisterns for harvesting water. “It would be easy to offer plastic cisterns, leave them in the communities, but our studies show that when people are involved in their own projects, there is an added value that prevents the abandonment of structures.” 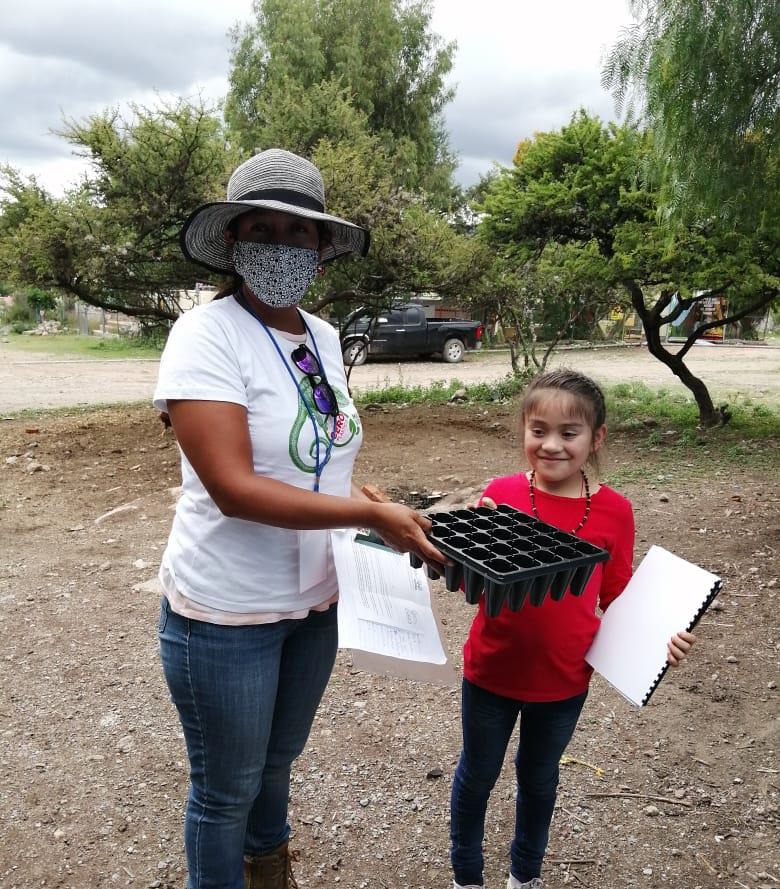 “More than a decade ago, the state government built dry toilets in different communities, and FAI had a resource that it applied involving people, they participated in the construction and this generated a sense of hard work. Today, if you visit the places; 90 percent of the government-built latrines are abandoned; FAI, on the other hand, applied the resource involving the beneficiaries and today we know that 60 percent of the bathrooms are still used.” According to Berenice Morales, Program Coordinator, they work together with the Ecology Department to show the families of Doña Juana, Sosnabar, Guanajuatito, and Santas Marías how to cultivate family orchards. The plantings included seeds for coriander, chard, tomato, broccoli, and others. According to Morales the people in those communities were not afraid of Covid-19. Then some cases were registered in Sosnabar and the residents stopped meeting. Still, 120 orchards were started and so far, at least 40 families continue to work them. But what about the water, where could they get water for their gardens? In at least two of these places the well water is contaminated with arsenic, and is not recommended for animals or human consumption, or for watering plants.

The program to have cisterns for rainwater harvest includes training in their construction so that those involved will appreciate the works that they themselves built. In other cases, plastic cisterns have been delivered. Director Morales is proud in stating: “the kit that we deliver includes the cistern, either made of ferrocement or plastic, but this is the last part of the link. Not only is the water captured so that they can irrigate the garden, but also to make it potable.” Morales explained that the organization, together with the beneficiaries, does feasibility studies and then installs gutters, places first filters for organic garbage, others for soil, or other sediments, until the water harvest reaches the container. Certified filters are then placed to make the final collection of water potable.

“It is a complete program. This ensures that people use the structures. Because a heater can be delivered, for example, and it will remain unused if it is not installed at the time by those who know, or cisterns [are put in] but people who do not know how to use it, and they do not have drinking water.” Atencion San Miguel visited various communities where you can see containers tossed aside, without water, unused, without benefit for the residents. “We are reactivating construction, and we have already received the first donation for ferrocement tanks. The resources come from UMFSMA.”

And there is music

The organization continues to be on the move. They are well on their way with the first stage of construction of the Community Center in the San Felipe neighborhood. This will be a self-sustaining building that will have rainwater harvesting, dry toilets, and solar panels; it will be an educational space for those who visit. The ground floor is already completed and there will be a room in which workshops will beginning offering various classes as soon as the election is over on June 6, and parents give their consent for the children to attend. The upper floor, which is not yet done, will be an open space for classes in dances, painting, music, environmental studies, and others that the organization teaches.

“Before the contingency, we had a resource for 190 thousand pesos. An orchestra would be formed with the Cinco de Mayo school. With instruction in musical instruments. The teacher (Tim Hazel, RIP) had the idea that music should be in-person, that students should feel it, live it; but he did not give in-person workshops because of pandemic. Then, with his death, we were forced to make the classes virtual, but it was either that, or lose the resources,” said the director. They continue to work and motivate children to participate in contests for painting, videos, photography, and other trades, related to the environment.