In 1969, when the Ignacio Allende Presa (dam), known as La Presa, flooded, dozens of rural communities had to contend with travelling greater distances to reach the urban area. The Presa stretched all the way to La Cieneguita, and the rising waters of the Laja River isolated those residents. Some adventurous souls used boats to get across, and others swam.

In 2004, a ford was completed at La Cieneguita, but it collapsed before its fifteenth anniversary. The crossing has been patched up since 2018. Finally, with changes in the budget, it seems that construction of a bridge, not just a ford, will begin on April 6, and the bridge could be inaugurated by December 1, 2021. This was announced through publication of “la convocatoria” (notification) by the Office of Communications, Infrastructure, and Mobility.

The heavy rains of 2018 and the extensive runoff from the Laja River exposed how 60 communities have been periodically cut off from the urban area for dozens of years. When the Cieneguita ford was built, it was a project that, according to members of the community “shouldn’t have been done there.” It collapsed from the force of rushing water and has not been properly maintained or rebuilt.

Among the communities affected are Tierra Blanca, which only got a pedestrian bridge in 2005 (there is no vehicular bridge) and La Cuadrilla, which has had a pedestrian bridge for about 18 years. In 2014, a vehicular bridge near La Cuadrilla was inaugurated. The intent was to connect around ten indigenous communities, not only “with the other side of the river,” but also with the urban area. In 2014, when staff from Atencion visited the area, people complained that, prior to and after the bridge was built, during the rainy season they could not even get sugar “due to the lack of  access.”

The residents of communities like El Salto and Capilla Blanca had to cross the river on a narrow bridge. Sometimes they almost collided with trains, as this was the railroad route. This year, a ford was inaugurated that connects “this side of the river” to Los Ricos side. 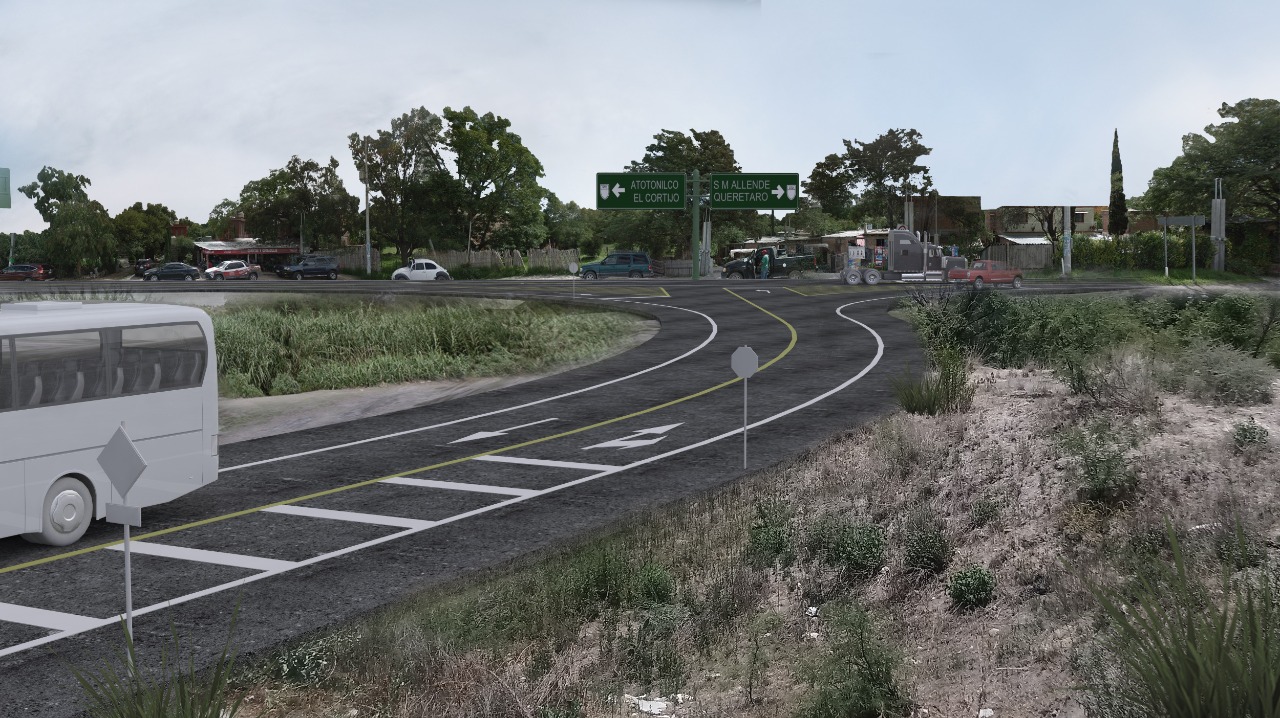 Lack of funds led to flooding

The Ignacio Allende Presa was officially inaugurated in January 1969, when Gustavo Díaz Ordaz was president of the Republic. The body of water provided irrigation for 10,125 hectares in the lower part of the state. Its construction cost the federation 27 million 100 thousand pesos.

To create La Presa several communities were flooded, which is why an old chapel can be seen in the area near Flores de Begoña, as well as the parapet and gate of a dam in the lower part of Los Frailes, and other ruins in the nearby communities. The railroad tracks had to be moved east in the late 1980s. Almost ten years after the inauguration, there were plans to extend the dam’s reach by 7.5 meters, which would have cost 30 million pesos. This plan never materialized.

Once the water level rose, the residents of the rural communities near the dam could only cross along the top of the dam—the current highway to Guanajuato—or cross the Laja River over a ford to reach the urban area. There also used to be one or two boats that could be rented so people could cross. During the dry season, people could walk across barefoot. “We will build a bridge” is a common phrase that, in the collective memory of Mexicans is heard when it is politically convenient.  It has become a joke that means that politicians go to communities and make promises without even knowing what the need is. They might even promise to build a bridge when there is no river.

The government of Gustavo Díaz Ordaz neglected all its promises when the dam flooded. For decades, the candidates for mayor of San Miguel went to Cruz del Palmar, La Vivienda, Montecillo de Nieto, Banda, and communities in the area; they promised to build a bridge, but it never happened. 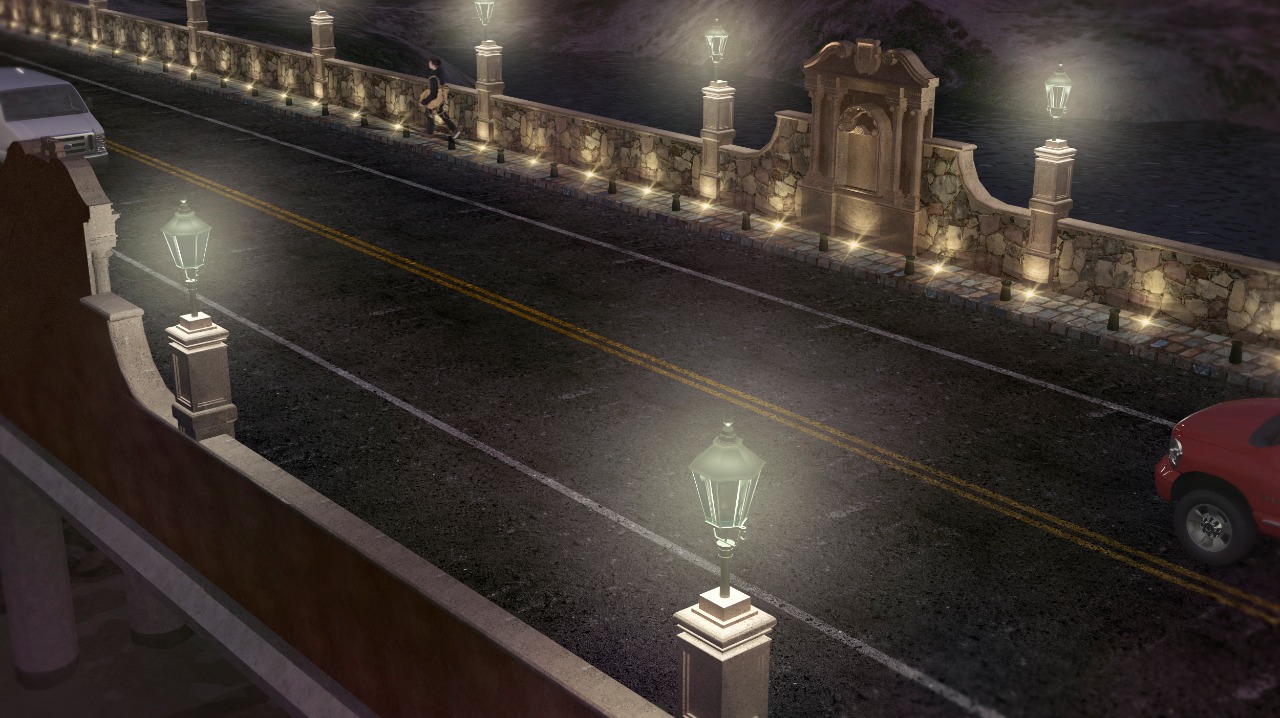 Eduardo Arias was president of the College of Architects of San Miguel in 2000. He remembers that several people approached him, asking him to design “something” that would allow them to be connected [to the urban area]. “The communities on the far side of the river were abandoned, and there were up to two drownings during the rainy season. I remember that people like Alejandro Ramírez from Cruz del Palmar, Luis Juárez from La Cuadrilla, and Argote from La Vivienda all came to ask that I build a ford,” he said.

According to Arias, the project became politicized, and then-mayor Óscar Arroyo said the project needed to be safer. Arias said that this is how the project began. But social pressure started because the ford did not comply with regulations—the ford was not certified. In the end, the Arias project was never carried out. Recently he told us that he is happy because finally, after almost 20 years when he supported the people of those communities that “had to get wet crossing” to get to San Miguel, a bridge will be built. “My project, which was not done, would have had connecting tubes. The tensioners would have broken the current and channeled the water into the tubes, generating a Venturi effect. As it became politicized, the administration said they knew it could be done. It would have been well done, there would have been no maintenance.”

“The authorities [finally] understood what the communities needed: the ford would shorten travel distances, would bring benefits; now they understand the need. A bridge must be built to regulations.”

During Óscar Arroyo’s administration, from 2000-2003, construction of the ford began, but it was abandoned. Arias mentioned that the work began in a legal void. First of all, the fords were not certified. Blockages caused the collapse. Luis Alberto Villarreal became mayor in July 2003, and the ford project resumed in January 2004. After seven months, it was inaugurated.  Even then-state Governor Juan Carlos Romero Hicks attended.

“The work should not have been done there”

In August 2004 Jorge Zavala was the director of Public Works. In an interview with Atencion that year, he remarked that work on the ford had begun with the previous mayor. He commented, “This project should not have started there, because that is where the dam is. It was the previous administration’s decision. The ford should have been built at Xoté, for example, to avoid the risks of the Cieneguita ford, such as flooding. There will be some days in the year when it will not be possible to cross.”

Regarding the possibility of deterioration of the work due to flooding,  Zavala commented that it would not be possible because of the materials: gravel, stones, and others. 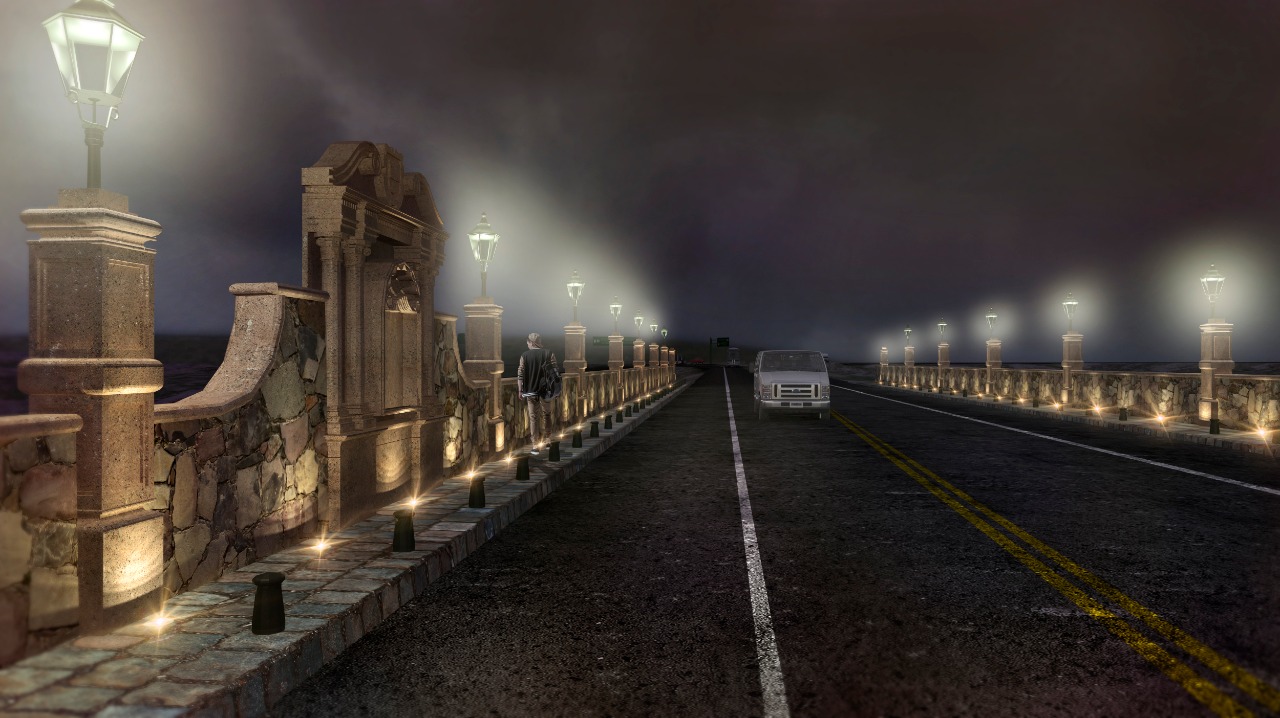 Initially, both the state government and the municipality indicated that 40 million pesos would be required to develop the bridge project. The final cost, however, will be 83 million, 400 thousand pesos. It must be built in 240 calendar days, according to the contract.

The Notice establishes that “the project consists of the construction of a vehicular bridge over the Laja River 936 meters long. The structure is to be made of two intermediate pilings, with a total width of the 15 meters. There will be sidewalks and sidewalls and a road 12 meters wide to accommodate two traffic lanes leading up to the bridge. The project includes modernization of a 1,500-meter section of a link existing roads, drainage works, lighting, relocation of CFE facilities, storm drainage, etc.