Javier Zavala’s unique voice and sense of humor greeted San Miguel residents in the morning, starting in 2003, after the death of his father. Following in the footsteps of the great PPKBZÓN (Manuel Zavala), Javier began heading up the newscast “Sucesos sucedidos o que van a suceder” (Happenings That Happened or That Are Going To Happen), on XESQ Radio San Miguel. It was Javier Zavala who introduced this writer to the world of communication.

With Javier Zavala’s death, San Miguel has lost another great representative of communication, a family man, a brother, a citizen, a politician, a friend. Here is what some local and regional journalists, with differing and similar views, wrote about him. They include a message from his wife, Lucy Núñez (Mayor of San Miguel de Allende, 2012-2015).

Lucy Núñez. Executive Director Channel 4 (XHSMA). This is an excerpt from her words during the farewell mass to Javier Zavala on Feb. 9: “We thank everyone who joined us to say goodbye to our Javi. On behalf of the family we appreciate the expressions of affection and solidarity. I want to tell the people of San Miguel that Javi was a lighthearted, happy man; he was happy with very little. He taught us that you have to enjoy life. That here there will always be great things to value and enjoy. Although death surprised us and took him away, there are also beautiful things to recognize: we are left with a teaching of love, of living lightheartedly, of joking, of smiling at everyone. I know that now God has him and Don Manuel. And I know they are smiling, because Don Manuel always said that you should not take life so seriously, because no one leaves this world alive. Today Javi is there with his father and friends who left before him.

We thank our Lord for all that he granted us (personally, 33 years of happy marriage, and the procreation of two wonderful daughters). We will all have beautiful stories to remember him by, and that is how we want to bid him farewell. How beautiful this life is.”

Maritere Rodríguez. “Maritere Contigo.” Javier was happy because he didn’t rush anything; he didn’t rush time, and as everyone expected, he didn’t rush to get anywhere quickly. He was not perturbed by hunger nor by fatigue. He just said, I’m pelas (gone) and that’s all. He wasn’t worried about losing things, especially if they weren’t his. So we all walked behind him, taking care of keys, important papers. One day he left one of his daughters behind at his mother’s house and had to return for her. Lucy asked him, “Where is our girl? I told you to bring her.” He would laugh when they talked about it, and the daughter (already a teenager) gave him a look like “oh c’mon Dad!”

Of course he never forgot to bring money. He was very generous and I think that he rarely denied a loan to his coworkers, who, more than being his colleagues, were his friends. No one worked at the station for fewer than 10 years, so he had grown up with many of them. He was Javi to all of them.

My uncle (Manuel Zavala) left him an inheritance of a long list of “adoptees”; he always covered a portion of one woman’s electricity bill, he helped others with their medicine or with the rent. They came every month and he never failed them. He was very generous. When he ordered his breakfast he treated everyone in his office. He liked bacon and tomato bagels. One day he came to work and said, “What are you eating?” I replied, “Bagel.” “Mmmm I want one.” 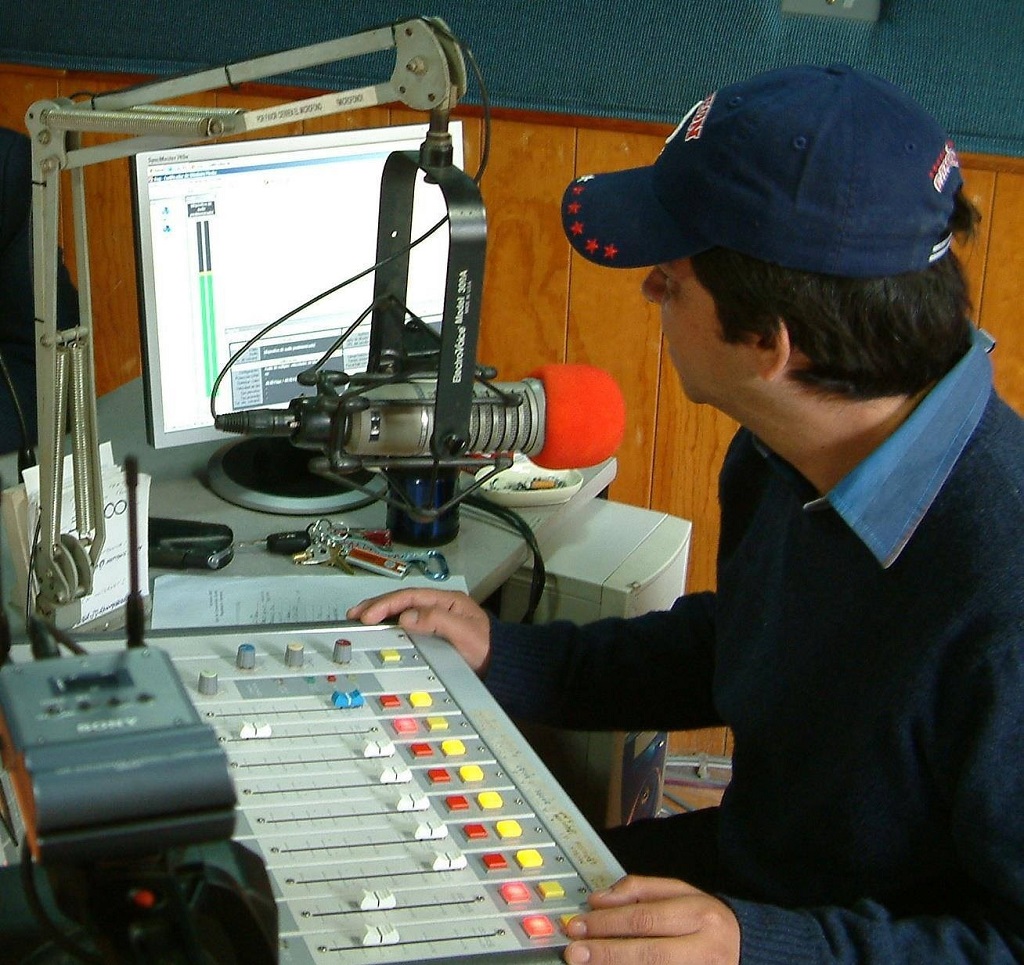 Ana Luz Solís. News San Miguel. Don Manuel and his son Javier Zavala are, without a doubt, the pioneers of communication in San Miguel de Allende. The peculiarity of their locution, the citizen-kinsman link via the radio booth became from the ‘60s until the ‘90s the most important means of interaction and communication between Mexicans, and in San Miguel de Allende it was the only one that existed after local rumors, so their arrival in the city changed a lot in the way of speaking and keeping in touch.

With their departure, the history of the beginning of local communication has been broken, with them that little piece of history of “the radio” in the booth on Calle Sollano is gone. The space that was theirs is now vacant, making way for a new era in which a digital world and technology force us all to change, to renew or die, to become beings that are immediately in-the-know about what is happening on the other side of the world.

Juan Alarcón. El Sol del Bajío. I met Javier Zavala through my profession, at an interview I conducted with him when I was working for a local channel. The theme was the anniversary of Radio San Miguel. In my interactions with him, he was always kind, even when we questioned him about whether the rumors of mismanagement during the administration in which he participated were true. Despite strong questioning directed at him and his wife as public figures, I always saw Javier act with diplomacy and without losing his temper. This applied even when, during the administration of Maurico Trejo, the bust of his father (Manuel Zavala), which had been placed as a tribute on calle Sollano, was stolen.

Pepe Báez. 105.9 Informative Image. It is hard not to feel sad because he was the father of a family, a husband, someone whom the population loved. Controversial for some, but their school—the years of the radio tradition in San Miguel of Don Manuel Zavala and then Javier—leaves an important gap in San Miguel de Allende.

With all my heart and soul, I send my condolences to his entire family. The pandemic leaves us many messages, regardless of taking care of ourselves or being empathetic. For those of us who have managed to overcome the disease, we have no choice but to be grateful to God, to life, for being here. When you find out about these unfortunate events, it hurts.

Tania Noriz. Editor, Atención San Miguel. Eighteen years ago I came to San Miguel, and one of the first things that caught my attention was its local radio station. At that time it was directed by Don Juan Manuel Zavala, PPKBZÓN. I just loved listening to the radio—the pulmonologist’s announcement was great, the announcements of the letters that listeners wrote in, etc. Don Juan Manuel was a different kind of person; he had a very special sense of humor, particularly because he had a serious face, so what he said was even funnier. He offered me a radio program that we were never able to pin down. I never saw him again, as I left the newspaper for three years, during which time he died. Later I met his son, Javier, who was left in charge of the radio station and who inherited his father’s sense of humor. I always thought Javier was cool. Several times I went to the radio booth to be interviewed. We would laugh because whenever I went to the booth I would get very nervous and talk nonsense, and in the end I didn’t know what to say. When faced with Javier’s last question: “Anything else you want to say to people?” I would always respond: “Be happy, people,” and it made us laugh. Two years ago, in August, when it was the anniversary of Atención, I asked for an interview in the booth to talk about the town newspaper’s birthday. Javier was not there and I postponed it because I wanted my interview to be with him, to have a good chat. And then I forgot about it. I never went back to the booth, and I hadn’t seen him in a long time. Today, I sadly learned that he died, and regretfully for all, so did local radio. That morning voice that gave life to our town has disappeared, and with it, a part of us too. RIP Javier Zavala.

Be happy people; we never know when we will forever lose the chance to be happy. 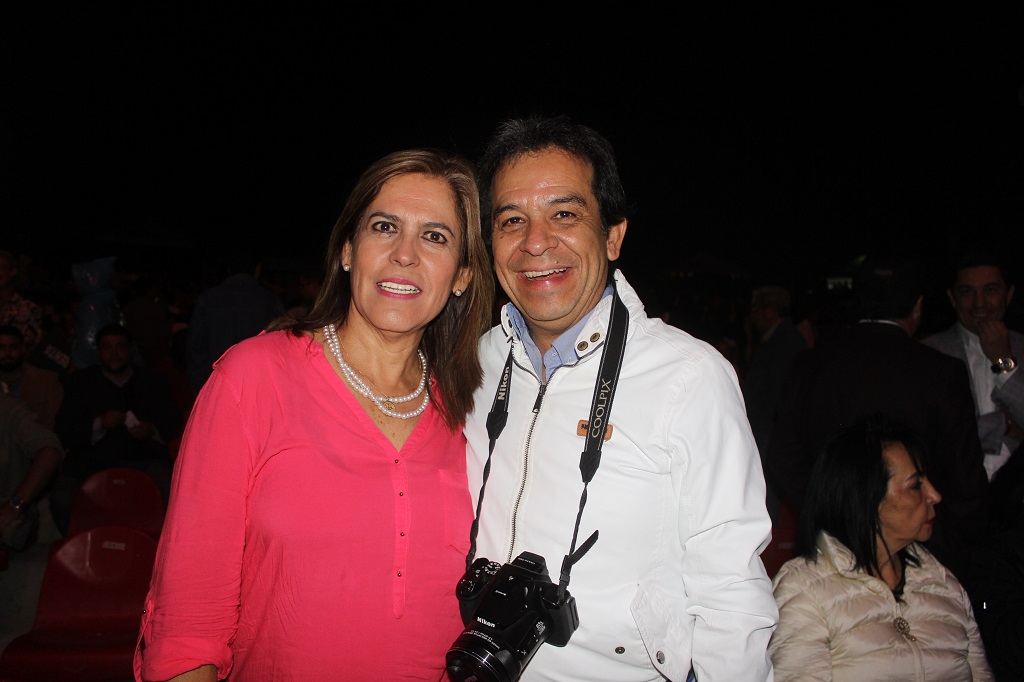