However, the public administration is working against the clock to construct more mausoleum vaults—and could propose exhuming hundreds of skeletal remains—in order to make room for more corpses, as “demand has grown.”

Data provided by the General Department of the Civil Registry of Guanajuato indicates that in 2020 1,250 deaths were registered in San Miguel. Armando Valle González, director of cemeteries in the city, said that 960 bodies were buried in public cemeteries in 2020. The rest were probably buried in private cemeteries or cremated and the remains kept in religious centers or homes.

Armando Valle says that public cemeteries could run out of space in six months. The largest number of vaults in Cementerio Luz Eterna was constructed in 2020—21—but from May to December they were all occupied. “At this rate, in fewer than six months we would run out of space,” he said, and clarified that although some workers are at home due to the contingency, others continue to work on building vaults every day. “We cannot stop construction, because we won’t have enough.”

Juárez shared that in the urban area there are two public cemeteries: Nuestra Señora de Guadalupe (behind Hotel Real de Minas), with 100 percent of the spaces occupied at the time of our interview in mid-January, and Luz Eterna with eight available vaults for adults and three for children. In Cemetery Cruz del Palmar 23 graves are available, while the cemetery in Jalapa is full. There is also designated land (but no vaults or graves) in rural areas such as Santas Marías, San José de los Allende, Los Rodríguez, and Los Galvanes.

In Nuestra Señora de Guadalupe according to Valle, 5,200 spaces are occupied. Now, with registered data and census numbers, they have found that there are hundreds (the exact number was not disclosed) of tombs, for which their five-year 402.64 peso payments have not been made.

He noted that new regulations clearly explain that when the five-year payments are not met, the remains can be exhumed in the 30-60 days following nonpayment. This is a way to make more space in cemeteries.

Valle also said that the local administration is looking for “at least five hectares” of land for a new cemetery. Among the characteristics are that it must be far from the urban area (some suggest no more than five kilometers), and that it have a buffer zone to avoid what happened at Luz Eterna, which is now surrounded by residential neighborhoods. “It’s a health issue,” he noted.

All cemeteries are closed for visits and only open for burials. However, due to the number of bodies that are being buried, hours have been extended to open an extra three hours, from 7am-5pm for burials, with the cemeteries closing at 6pm. 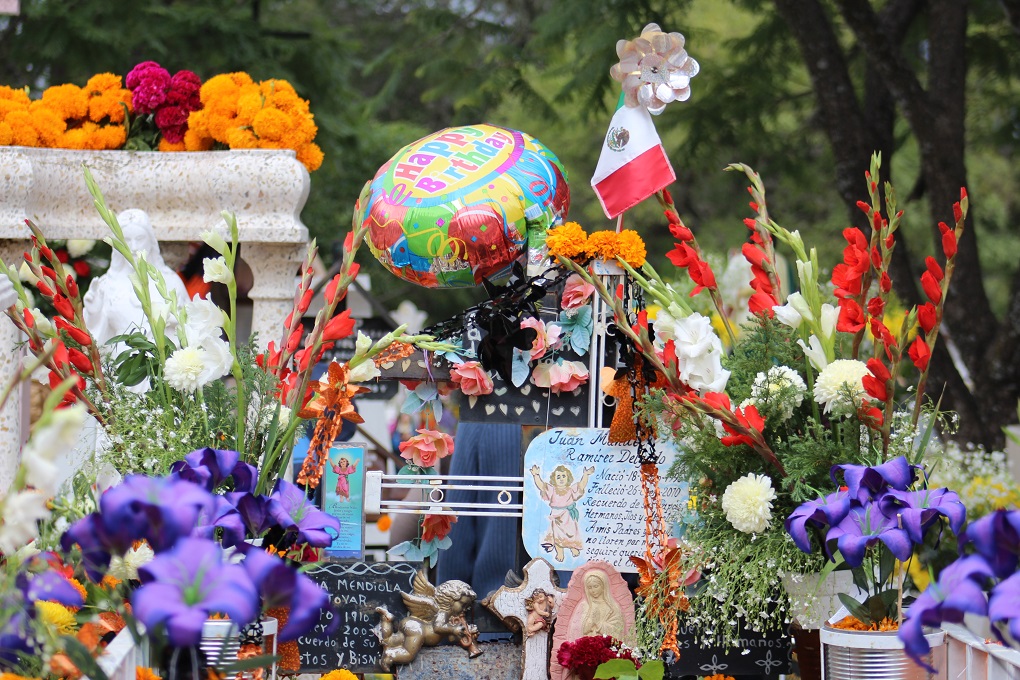 Nine thousand have died in the region

Atención had a conversation with historian Graciela Cruz, who shared that the first cemetery in the area (located where the Holy School now is) belonged to the old parish of San Miguel Arcángel in 1564. It joined with that of the current building, whose construction began in 1680 and ended in 1710. The cemeteries, under church administration, occupied the current atrium of the church and part of the current esplanade of the Jardín.

Adjacent to the Parish, on Cuna de Allende, was the chapel, hospital and cemetery of La Limpia Concepción (located where Trinitate and Casa Rosada are), for indigenous people. Others of the oldest cemeteries could be Cruz del Palmar and Puerto de Nieto.

“In the 1840s the parish cemetery was no longer used and the second stage of the parish crypt was built. In 1842, the skeletal remains of the clergymen buried in the area were transferred to the crypt, and the remains of others were left in the ossuary, under the crypt,” said the historian, who has access to parish archives.

Cruz notes that cemetery management was handed over to public administration during the Juarista era (1864) in a gradual process. “Emperor Maximilian and his government had to transfer over church property, cemetery administration, and jurisdiction over birth registration and marriages, because the civil registry was founded,” Cruz explained.

The historian noted that on Oct. 24, 1770, Hospital de San Rafael (which had a rector and an administrator, plus a medical organization: doctor, surgeon, apothecary, doorman, cook, and servants) opened, and the first burial took place days later, on Nov. 2. “It was the first public cemetery to serve San Miguel and its jurisdiction, as well as the people who traveled the Camino Real de Tierra Adentro. That is why it accommodated people from so many places.” This cemetery operated for 200 years, from 1770-1970 (it functioned for 20 more years after the inauguration of Nuestra Señora de Guadalupe), and was handed over by the church to the civil administration.

Cruz said that by 1785 San Miguel already had a total of 15,000 inhabitants. It was then that the first drought occurred, followed by famine, and then the plague. But it was the armed period of independence and the subsequent years that brought more burials to the San Juan de Dios (or San Rafael) cemetery.

In an in-depth study of the San Rafael Hospital as well as its church and cemetery, Cruz learned that the cholera epidemic between 1830 and 1833 left about 9,000 dead. “When there was no longer enough land the dead were interred in the walls. The [dead] were from San Miguel and the surrounding region.”

Meanwhile, civil documents Cruz found record that the Spanish flu (between June 1918 and June 1919) killed 1,967 people—889 men and 1,078 women. “I counted the death certificates one by one. At that time they registered the cause of death; this was not the case before, that information was not even recorded in the hospital books. Up to five people a day died.” Furthermore, Cruz said that according to oral chronicles, people also arrived at the cemetery with corpses loaded on wheelbarrows to bury them in mass graves, “It is a conservative figure. Only the ones who went to church for the last sacrament were recorded.”