On Tues., Jan. 12, the new mobile unit of the Patronato Pro Niños was blessed. Its mission is to bring medical and dental care to communities. The religious ceremony was held in front of the parish of San Miguel Arcángel with Father José Alejandro Perales in charge of blessing the unit.

With an investment of approximately 2 million pesos, this will be the fifth mobile unit of Patronato Pro Niños to serve the communities of San Miguel de Allende. It will begin service in January of this year and is expected to benefit at least 9,000 children and adolescents.

Nory Contractor, executive director of Patronato Pro Niños, said that the unit was purchased in March, but because of the contingency it had not been put into service.

“In the last two years, with a lot of work together with Amistad Canada, we did many fundraising events…This is the result of dollar per dollar,” Contractor said.

The mobile unit has equipment to provide the different medical and dental services that Patronato Pro Niños offers.

The mayor thanked Patronato Pro Niños for their work with the San Miguel community and invited them to continue working for the promotion of health. 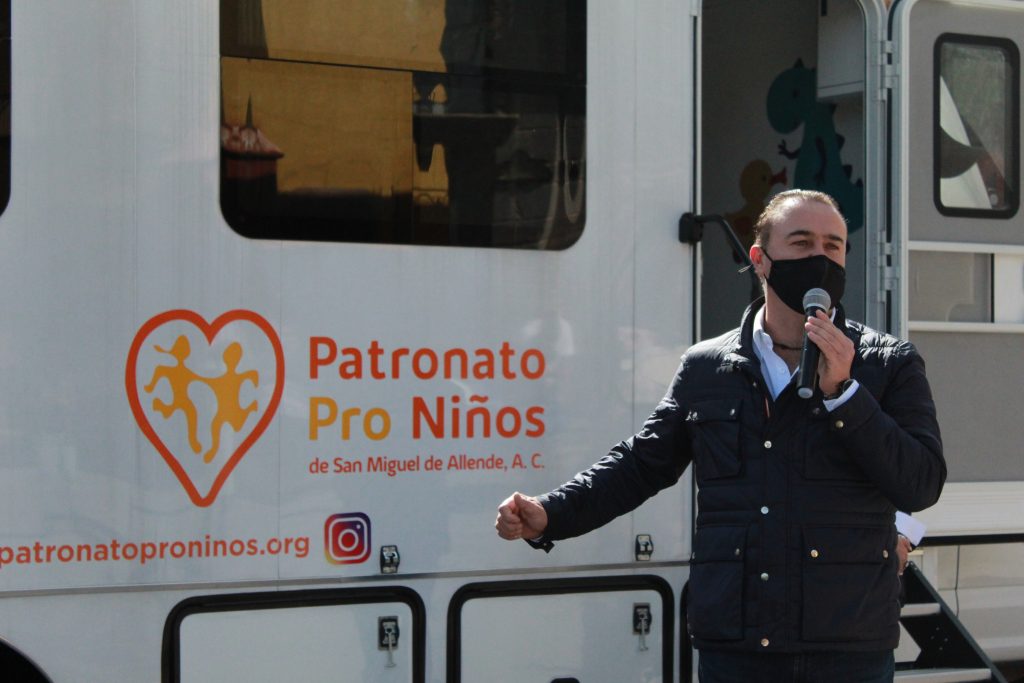