Although in San Miguel de Allende the tourism sector was the hardest hit in 2020, it appears that this industry will grow in 2021, as hotel chains such as Marriot, Pueblo Bonito, Hyatt, and Hilton will come to town. Concurrently, companies in San Miguel’s industrial zone should also expand, and that labor pool, currently 6,500, should increase. However, tourism numbers for the end-of-year holidays have so far proven disappointing.

A Tourist Council report notes that from March 11 to July (the first quarter of the pandemic) the 184 lodging establishments registered with the Council sustained a collective loss of over 332 million pesos, directly affecting 3,665 workers. The 175 registered bars and restaurants suffered a combined loss of close to 34 million pesos during the period and impacted 1,464 workers. At that stage of the pandemic, according to then-president of the Association of Lodging Establishments, Jorge Olalde, registered hotels remained closed, while others “remained open to see what happened.” Authorized operations at registered hotels began in mid-July.

President of the Tourist Council Laura Torres recalls how good January and February 2020 were, until the closure in March due to the pandemic. With the reopening, “July and August were difficult. September and October improved. But in December, with the change of traffic light back to red, occupation dropped a lot. We had been seeing 46 percent occupancy, and that fell to 30 percent. We thought we would recover, but we did not. Although the traffic light was red in the last week of December and the first week of January, with the order to ‘stay home,’ hundreds, perhaps thousands of tourists arrived in the city.” Torres indicates that many of them rented hosting services on digital platforms, so they did not go to hotels; further, she attributes pedestrian activity in the historical center during the holiday period mostly to local residents who, “tired of the confinement, went out for a walk.”

Without mentioning specific numbers (they are not yet available), Torres said that establishments closed during the confinement and those that remain open are trying to hold on and will continue to do so. “We will see in January and February if other businesses close. All we have for now is the tourism that took place at the end of the year, for which we will see the economic spillover shortly.” There is still no budget for the Tourist Council, but clearly this amount will decrease significantly because the Lodging Tax (four percent in Guanajuato) is then distributed by the state Department of Finance to the municipalities, which do not necessarily receive what they generate, as the income goes to a common pool that is distributed among the state’s touristic cities. Faced with the fall of tourism Torres predicts, “We will not have the money we used to have to promote San Miguel as a tourist destination. Currently, the director of the Tourist Council is working with the municipality to see what the subsidy will be, and we are doing the same with the state.” Torres said that the promotion of tourism will be different and the Council will probably be working with a budget from the state Department of Tourism Development. 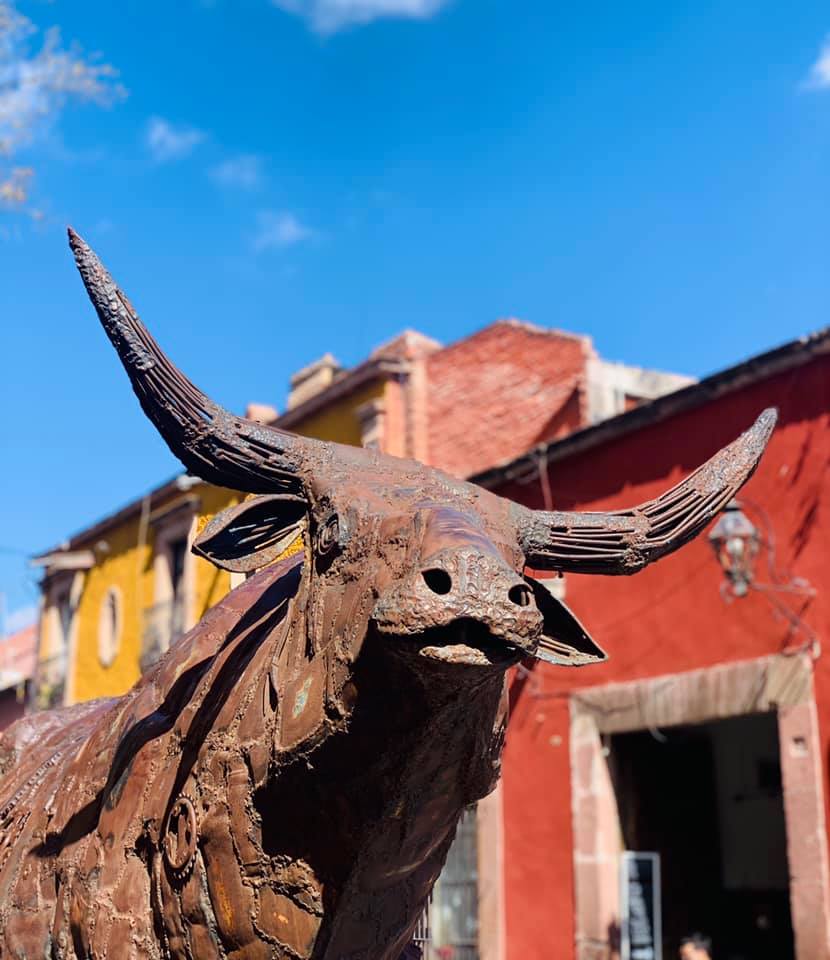 Industry and agrobusiness taking the lead

The Industrial Park is located on the road to Querétaro. Inaugurated in 2015, it covers 280 hectares. Before it existed, there were few industrial companies in San Miguel: Guajuye, La Esmeralda, San Miguel Shoes, Conservas San Miguel, among others. At present there are 16 companies in the industrial zone that have generated 6,500 of the 60,000 jobs in San Miguel.

Director of Economic Development Francisco Garay Russo explained that the presence of the industrial park lessened the contingency’s economic impact (almost 60 percent of San Miguel’s GDP depends on tourism and services). He noted that Stant Inc, the first company to open in the park, is doubling in size with an investment of US$15.2 million. Its employees, who include specialized technicians, will increase to 700 in a couple of years. “It speaks of success. Companies that arrived five years ago are looking to expand, which increases job opportunities. The secondary spillover goes to local suppliers, positively impacting the economic system,” noted Garay.

With an investment of US$10 million, the Austrian company Pollman arrived at the industrial complex in the middle of the contingency. It should generate 75 new jobs in 2021. “This is its fifth plant and its first in Mexico,” said Garay. He expects that other companies will grow this year but that fewer jobs will be generated due to automation. Garay’s department will continue with the “personalized” attention to companies that arrive, and will encourage educational institutions to offer vocations or careers that fulfill the needs of those companies.

“When COVID arrived, the major impact was on tourism, but thanks to the industrial and agroindustrial sector, many people kept their jobs. In fact, in the agroindustrial area, jobs increased to 400.” Garay said that in November his department held an Employment Fair to fill 300 vacancies in the agricultural sector, while in the tourism sector there were dozens of vacancies.”

Garay explained that the latest numbers show that 40-45 percent of San Miguel’s GDP is generated by tourism services; 25 percent comes from self-service stores and professional services—which also provide services to tourism, although these cannot be quantified. The rest of GDP is derived from the agrifood industry (15 percent), made up of the dairy basin, agricultural production, and other small and medium businesses. The remainder is derived from the companies installed in the Industrial Park and others in various parts of the city.

In 2019 alone, the industrial park’s workforce grew by 10 percent, creating 570 new “well-paid jobs.” Garay concluded by saying the area has an annual growth projection ranging from five to 10 percent.