Busts, as well as standing and seated equestrian sculptures in the city pay permanent homage to Ignacio Jesús Pedro Regalado de Allende y Unzaga, the hero whose surname it adopted, and who led up to 40,000 men during the armed independence uprising of 1810. This year, the tribute on his birthday on Jan. 21 will be virtual (see the program in Qué Pasa).

“Mr. Allende was the first to think of such an alliance…he was the main leader, though by accident. Hidalgo had more seniority when the project began.” This quote is from Don Rafael Bracho to Commander General Nemesio Salcedo, and historian Guadalupe Jiménez Codinach used it to open his book, The Forgotten Hero: Biographical Traits of Ignacio Allende, published in 2019. The book states that the San Miguel de Allende house where the independence hero was born in 1769, was valued at 40,000 pesos (of the time) due to its location on the corner of Cuna de Allende and Umarán in the Plaza de Armas. Today this federal building has a cadastral value of over 15.5 million pesos. A museum since 1986, the house was restored and reopened in 2010 by President Felipe Calderón. On the ground floor is the recreation of an 18th century pulpería (general store), and the second floor recreates the residential house in which Allende grew up. Currently the museum is closed due to the contingency. 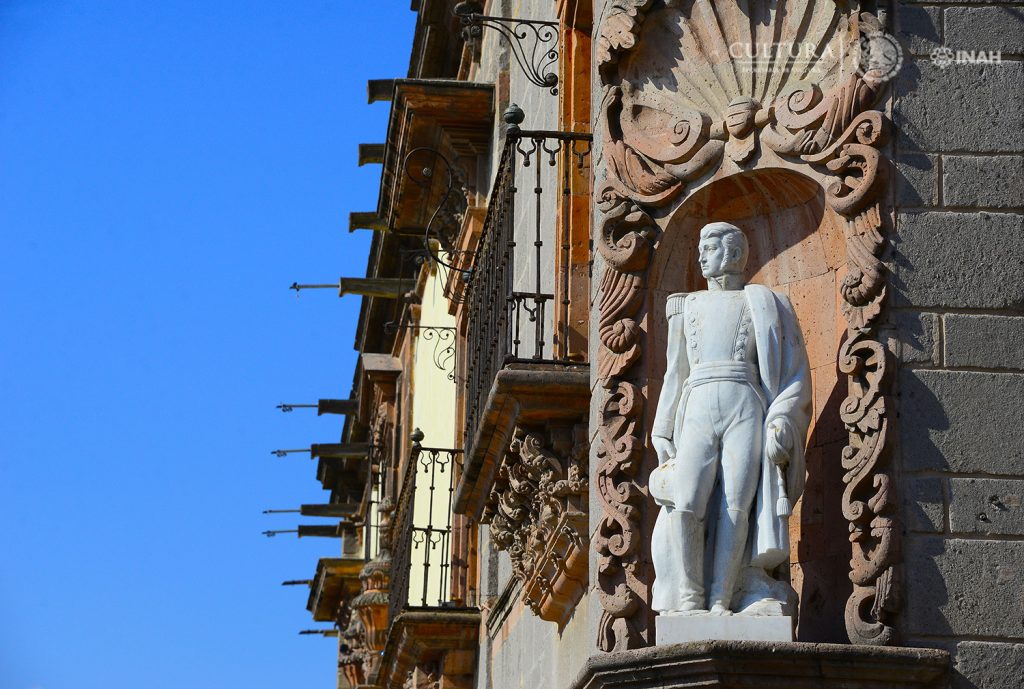 Biography from the Department of National Defense

General Allende, hero of the Mexican independence movement, was born in San Miguel el Grande (today San Miguel de Allende), Guanajuato. At a young age he embraced a military career, and stood out in the 1801 Texas War campaign against the North American adventurer Nolland, leading to his first promotion.

In 1806 he became part of the independence movement and joined the conspirators of Valladolid (today Morelia). According to Miguel Hidalgo y Costilla, Allende set the start of the insurgent uprising for Oct. 1, 1810. When the conspiracy was discovered, Allende went to Dolores Hidalgo, and the movement began on Sept. 22, 1810, earlier than originally planned. At the start of the confrontation Allende was appointed Lieutenant General. He organized his army of over 40,000 men, and stood out as its leader, trying to avoid excesses by his troops, who were exasperated by the resistance of the Spanish.

Thanks to his military talent, he won a resounding victory at Monte de las Cruces, where he defeated Torcuato Trujillo, loyalist to the crown. He was forced to retreat to Guanajuato at the initiative of Hidalgo, who refused to attack Mexico City, as he had been defeated by General Félix María Calleja in the town of Aculco.

In the battle of Puente de Calderón, on the outskirts of Guadalajara, Jalisco, Allende once again demonstrated his military ability by pushing back the loyalists on three occasions. However due to an unfortunate incident, victory was tipped in favor of the Spanish army, commanded by Calleja. When Hidalgo resigned, Allende was assigned command of the insurgent troops. They marched towards Saltillo, but were betrayed by Ignacio Elizondo in Acatita de Baján. Allende was captured and his son died in the skirmish. He was taken to Chihuahua, where he stood trial on May 6, 1811. Allende was executed by firing squad, along with Hidalgo, Aldama, Jiménez, and Santamaría on June 26, 1811. The remains of this illustrious insurgent leader rest in the crypt of the Independence Column in Mexico City.