The Paso Deprimido el Pípila project will have a delayed delivery date, even though two lanes have been partially open since Nov. 7 in the Queretaro-Dolores direction. The underpass was due to be completed on Nov. 11, but in a visit to the city in October, Governor Rodríguez Vallejo said it would be ready on Nov. 24. SICOM (The Department of Infrastructure, Connectivity and Mobility) mentions Nov. 30 as the end date.

After several proposals, including one that promoted an elevated bridge, El Pípila underpass construction began on Dec. 19, 2019 with the removal of the El Pípila sculpture. According to the bidding schedule, construction would conclude on Nov. 11, 2020, but this has not happened.

One concern of organizations such as Citizen Observatory, the College of Architects, and the public has been that the underpass will flood with rain runoff. On Nov. 7, before the lanes under the bridge were activated, SICOM organized a tour of the area for the media. The underpass lanes were cleared to continue with construction on the surface level. Project Supervisor Emmanuel Morales Aguilera said during the tour that it will be impossible for the underpass to flood because gratings have been installed in nearby neighborhoods which will redirect that rainwater towards natural channels. “The rainwater drainage includes grids in four directions: the exit to Celaya, the highway to Celaya, and the Libramiento Manuel Zavala at both ends. These will capture the rainwater from neighborhoods, preventing it from reaching the underpass. At the entrance to the underpass there are also grids to redirect water. The water that reaches the underpass will only be the rainwater in the immediate area,” Morales said. He indicated that with three pumps, up to 390 liters of water can be extracted per second, so it will be impossible for the tunnel to flood during the rainy season.

The bridge project at the Laja River halted

On June 29, 2018, the ford bridge that had linked some 100 communities to the east of San Miguel with the city was weakened and disabled by the flooding of the Laja River. Since then, the administration said it would build not a new ford, but a bridge, as access has become important not only for locals, but also for people who come to San Miguel from Guanajuato.

The municipality began working on the project in the first months of 2019, saying construction would begin soon with an approved 45 million peso budget from the state government.

It was stated that the bridge would provide a definitive solution to the communities that connect with the city, and to visitors. The original project was to be as follows: “It will be an asphalt concrete pavement structure [with a] hydraulic base,” said the local authorities, when presenting the project in October 2019. The bridge will be 96 meters long, and the total construction will be 340 meters. The project consists of making a substructure based on footings, abutments, central piers, a 10-meter wide superstructure, parapets with a concrete lining, a metal sidewalk structure with metal rails, concrete sinks, construction works detour, signage, and zampeado coating.

Then came clarification that CONAGUA (National Water Commission) would have to deliver the permits for the construction since the new bridge will cross part of the dam reservoir; these permits take between eight and nine months to acquire. However, more than a year has passed, and nothing has happened in the area.

On Oct.6, when Guanajuato Governor Diego Rodríguez Vallejo visited San Miguel to inaugurate some public works, he questioned Mayor Luis Alberto Villarreal about the status of CONAGUA’s authorization for construction in Cieneguita. “The money is there,” the governor said, suggesting that if it is not used it could go to another project.

Recently, Atención spoke with the director of Public Works, Antonio Soria, who indicated that the cost is no longer 45 million pesos, but 68 million—and the reason is aesthetics. Soria said, “SICOM has a new vision that has benefited us. The projects were limited to functionality; they did not allow an investment in aesthetics. For the underpass we included elements that characterize it with a San Miguel aesthetic.” Soria noted that in December 2019, when the governor initiated the construction of El Pípila underpass, he asked that “the Cieneguita pass design also be beautified so that people would feel wrapped up in the territory of San Miguel de Allende from the moment they cross over it.”

The bridge’s new architectural design is as follows: sidewalks were designed along the bridge and two bus stops were included. Now the side walls will be covered with carved stone, others with quarry stone. The bridge will have quarry pilasters embedded in the walls, as well as lighting. “That explains the great difference in investment, in addition to the prices being updated,” said Soria. 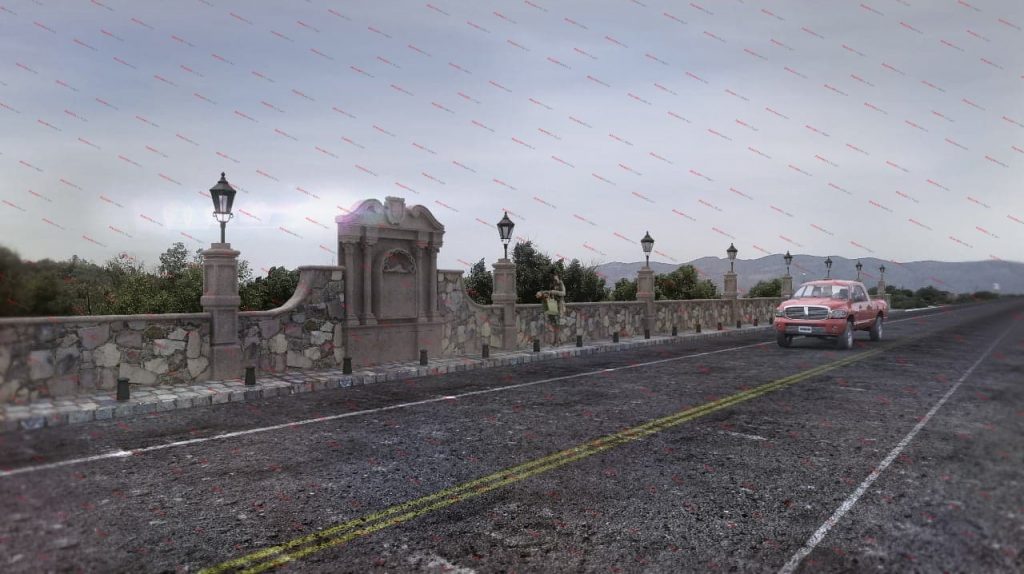 Previous PostS H I R A Thanksgiving Concert: Ancient Journey of Voices and Music Beyond TimeNext PostA Hotline Will Be Launched To Denounce Clandestine Parties