San Miguel residents have summoned municipal authority members to discuss the issue of a park board of trustees. The meeting will be held on Thurs., Oct. 15 at 5 p.m. in the Juárez Park gazebo.

The groups requesting their attendance are the SMA Citizen Work Collective and the “Yo Soy SMA” association. Both groups are made up of people who are continuously fighting for the protection of San Miguel de Allende’s beautiful historical heritage.

Their current objective is to prevent the formation of a board of trustees for municipal parks, which they are certain will lead to parks’ privatization. They are calling the meeting in order to obtain a statement from the authorities about their regulation-based reasons for implementing such a board. The citizen’s commission will offer its reasons for opposing the plan.

Following the municipal government’s announcement that San Miguel de Allende intends to create a board of trustees to manage the parks, municipal civil groups collected signatures opposing the move. They also staged several protest marches to show citizens’ disapproval of this new proposal and opposition to the authorities’ intentions. So far there have been two such marches, the first on Sept. 20 and the second on Oct. 2, in which dozens of people laid down outside of Parque Juárez with signs and from there marched together to Jardín Principal. 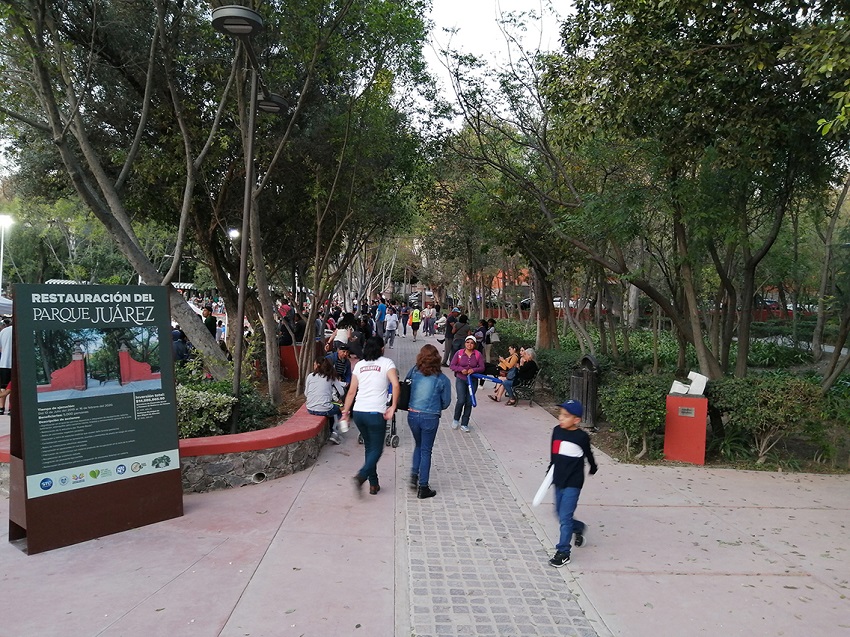