On Friday, September 25 of this year, the art exhibit “Wild Substance” opened at the Manuk gallery of the Fabrica La Aurora. The exhibition features works of eight Mexican artists, they will be available for viewing and sales at the gallery.

The artists present at the opening event were Pedro Castro, Tania Quezada, Salvador Herrera, and Ezequiel Frías “Cheke.” The artists mingled with the visitors and explained their works. The artists thanked the public for their presence at the opening, as did the owner of the gallery, Lourdes Rivera. Aside from their interactions with the artists, the viewing of the works, visitors were treated to live music by DJs David Rojo and Jorge Pitolo. Water and wine was made available.

Ms. Rivera said: “I think 2020 has been a year of great creativity, and each piece in this exhibition proves it.” A fragment of the writing by Salvador Herrera, stated: “When we come into contact with a wild substance, we not only see things that no one has seen before, we see things that no one will see again.” With these words he explained the meaning of the name of the exhibit. He then added: “A wild substance is a presence that insists, and each member of this exhibition is a channel through which it manifests itself. In this exhibition we try not only to mount pieces of art or to mount paintings, we try to open portals that see each other and in some way, they are also perceiving you.”

Pedro Castro: Pedro defines himself as a multifaceted artist, with experience in design, animation and visual arts. “What I was looking for In these works is that they are dactic works, that the viewer would help to observe his unconscious.” Castro uses collages with different themes but with enough ambiguity to allow the viewer to create his own meaning of the work.

Salvador Herrera: He studied design and visual communication at the National University of Plastic Arts. Salvador exposes “winks” of experience in the explorations that he has made during his artistic career. Herrera’s works are connected because, according to the artist’s words, “they are scales of the same architecture, which are like lizards. “

Cheke: Ezequiel Frías, better known as Cheke, enjoys working on commissioned works because he says he is an artist who “adapts” to any space. He believes that the artist does not define himself with any style, but needs to “be able to adapt to all places.” Cheke has created works in Sweden, Canada, France, Spain, Brazil, and Mexico.

Tania Quezada: Born in Querétaro and a graduate from Instituto Allende, Tania directs her art to fantasy. Her works feature beings out of reality, but become surrealist works when she touches on political issues, stories, fantasy, and legends. “Wild Substance” is Tania’s first face-to-face exhibition in 2020.

The Manuk gallery follows safety and hygiene measures, such as social distancing, use of masks, and antibacterial gel. 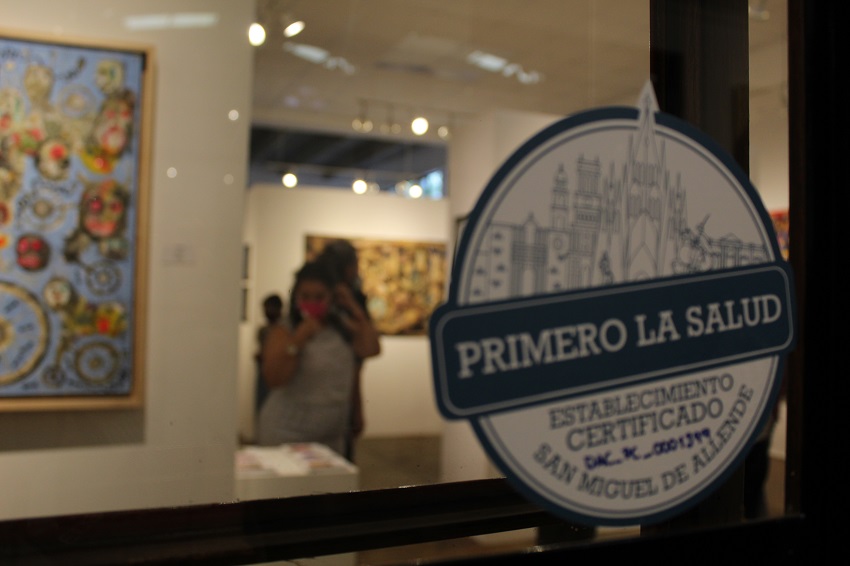