Not all friendships last forever, and San Miguel de Allende’s Amigos del Parque (Friends of the Park) knows this well. In 2012 a group of women organized to improve the children’s play area at Benito Juárez Park, and their accomplishments included replacing playground equipment and adding new lighting and security fencing. Amigos del Parque had additional plans to make the park a major cultural center, including establishing guidelines for maintaining the park’s flora, fauna, and fountains, but after new governments were elected, the state government reviewed the works done by this organization. The review, on which members of the organization spent personal resources, left them exhausted and discouraged.

Now, City Council members Alan Romo, Green Party; Humberto Campos, New Alliance party; and Cristóbal Olvera, MORENA, have presented an initiative whereby general management of not only Juárez Park, but also the recently inaugurated Zeferino Gutiérrez Park, will be handed over to two trustee boards, which would need to generate the resources for maintaining the spaces.

Now Questions have arisen within the Sanmiguelenses about whether the parks will be privatized or turned over to the government “to enrich politicians.”

The Boards of Trustees

MORENA Councilmember Laura González told Atención that she and her PRI counterpart, María Helena Vázquez, as well as Helio Bastién of the SOMOS group, are not in favor of such measures. González said that “it’s an outrage concerning public assets that would limit the benefits for Sanmiguelenses. There has already been talk of handing over the food concessions to private enterprise and renting out areas of the park. The parks are public; they belong to the people.” She also questioned why the focus is on only those two parks and not on public spaces in other neighborhoods or communities. “If someone is interested in public spaces matters, they should adopt all of them.”

Atención requested information about park expenditures, as well as their annual maintenance costs. The Office of Social Communications reported that construction of Zeferino Gutiérrez Park cost 31 million pesos. The recent remodeling work at Juárez Park cost 15 million pesos. There has been an additional investment of 30 million pesos for construction of other parks and gardens. Maintenance for Juárez Park is 441,000 pesos per year and includes a night watchman, three gardeners, and a general manager.

The proposed trustee boards to whom the City Council would entrust the parks would create operating rules and generate revenue for site maintenance. This would be in addition to resources provided by local, state, or federal authorities. The initiative was approved by the City Council May 29 and must be reviewed by the different commissions within the City Council. Once that step is completed, the City Council will either approve or reject the proposal. The initiative establishes that each park board would be made up of seven members plus one alternate per member. Three members must be public officials—treasurer, environment representative, and Municipal Institute of Planning representative—and four citizens would round out the board. Citizens who wish to be part of these boards must not have a criminal record and cannot be religious leaders or government officials. They must have management knowledge and experience, as well as a plan for running the parks. The City Council would choose the four best candidates, and they would be in office for three years.

According to González, the document containing the initiative was turned over to several City Council commissions and must now be considered by the Municipal Council for Regulatory Improvement , after which it will be made public so that citizens can become familiar with it and make comments.

The document will then be turned over to the Office of the General Legal Secretary, who will issue a positive or negative opinion along with an analysis of the regulatory impact—both social and economic. Finally, the City Council members promoting the initiative must bring it before the whole City Council for approval. If approved, it must be published in the Periodico Oficial del Estado (the Official State News) and would take effect the next day.

The issue is not a political one; it is a matter for citizens

Local activist Heladio Sánchez played a key role in the movement against the installation of parking meters in the city in 2018—a battle that has not been won but which has halted the initiative. Sánchez told us that a group he represents called Union of Users and Taxpayers of San Miguel de Allende learned about the park trustee plan, and although they have not yet presented their legal briefs to the government, they are circulating a letter on social networks to raise awareness so people will say “no to privatization.” He will soon announce how the Union will be collecting signatures to protest the board of trustee initiatives and the protest marches or demonstrations that will be held.

Sánchez recalled that Dr. Hernández Macías acquired the land for the park more than 100 years ago as a place of recreation for Sanmiguelenses. “We are focusing on Juárez Park because it is an icon in the city, but we cannot leave other areas unprotected. City Council members also want Zeferino to be sponsored by the boards. This is beyond the pale for any Sanmiguelense. We will not allow the privatization,” he declared. “They said that it cost 15 million pesos to remodel the park, so resources do exist for maintaining the parks. But since no one will perform an audit, they will campaign with that money when the elections are near—with the resources of Sanmiguelenses. The officials bring development to the communities—they use the money for themselves—but the money belongs to the citizens,” said Sánchez. He added, “There is money. The board is not needed. The board might rent out the park for private events, so how will children use the space if it is rented for weddings or parties—or perhaps there will be a fee to enter the park? It is foolish for the current municipal authorities, who look for nothing more than filling their pockets, and we suspect that the boards will be comprised of their people.”

As to the administration’s contention that the movement is trying to politicize the issue, Sánchez explained, “They are being defensive; they say this to shield themselves from their bad intentions. Any clean protest is seen as political. They want the people to remain silent, oppressed; they want to camouflage things. We speak up because we have the right to do so.”

Sánchez, who—together with his group—will follow up on the issue, has indicated that whoever wants to contact him should call 415 1521 611 or send an email to heladiosar@yahoo.com.mx. 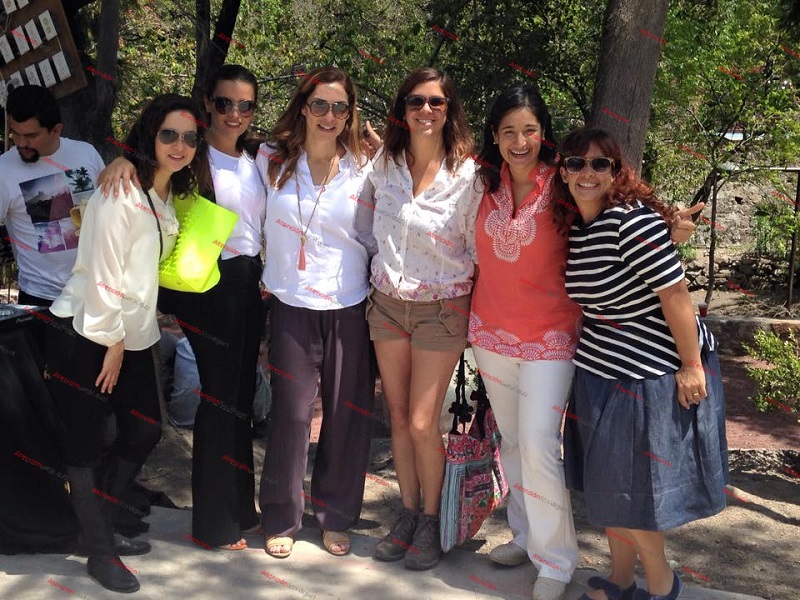 In 2012 a group of seven mothers of young children noticed that the Juárez Park playground equipment was in poor condition. They formed the Amigos del Parque association to raise the funds to restore the area. They organized raffles, auctions, and other events, and raised 1 million pesos. They were then accepted into a state program called One by One, whereby the state government matched their investment with 1 million pesos. According to spokeswoman Paola Velasco, it was through this effort that the equipment and ground cover were purchased and installed. The expectation is that it will last another 30 years.

Velasco said that they not only renovated the playground area, but on the other side of the stream, they also placed an exercise obstacle course for young people. Among their other projects was remodeling the toilets, which people were being charged to use. They considered this illogical: a person who is exercising drinks water and uses the bathroom more frequently. They also tried to rebuild the drinking fountains. Next to them, the only thing that works is a Coca Cola refrigerator. They tried to create rules for using and accessing the park, memberships, and ways to raise funds. But the government always made it clear that the space was for public use, so Amigos del Parque could only suggest, but not control. Regarding the attempt to create boards of trustees through regulations, Paola Velasco told us that the announcement must be real and not just a simulation; the board should include specialists in different areas: water, soil, flora, fauna, sports, cultural events, etc. She also confirmed the rumor of the construction of an eatery in Parque Juárez.

“As far as the idea of an eatery goes, it is not necessary. If the board remains a reflection of cronyism, we return to the subject where the government distributes the cake among acquaintances. If done properly, I don’t think it’s wrong because it will improve the park. You do need someone [in charge] who loves the park. The Department of Ecology and the Environment is not even watching. They said there are three gardeners for the whole area. There is no structure; there is no supervision. An icon of the city, the park is stuck in a swamp of bureaucracy and no decisions. In San Miguel, there are people who are prepared to step up—who get tired of being asked to listen—when listening is not being done from the other side—on all issues. There are citizens who want to do things, but we are fed up with the big bureaucracy,” Velasco stated.

“After the experience of the state government audit against Amigos del Parque, the organization became dormant. The city always made it clear to us that we did not have the power to decide or disregard the rules. Some of those involved no longer even live in San Miguel. There was disinterest, and we do not want problems. We are on hiatus, even at the fiscal and registry level. We are unemployed,” Velasco concluded. 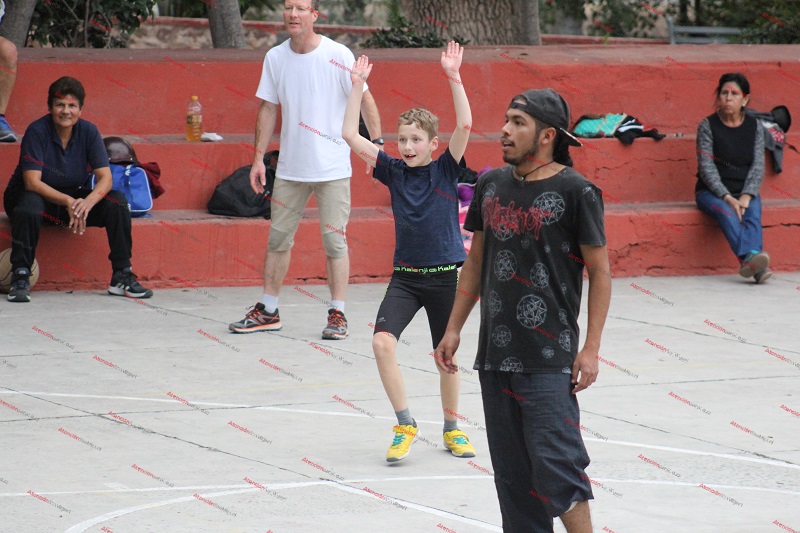 Board of Trustees Governance

The document governing the formation of the boards of trustees consists of four sections and 18 articles, covering the characteristics of the boards. Here are some of them:

Article 6. For the fulfillment of its purposes, the board of trustees will have the following powers:

I. Manage, conserve, monitor, expand, and permanently improve the patrimony of the board, as well as the assets that are in its custody.

II. Propose, promote, direct, and carry out events, activities, works, and projects aimed at promoting the preservation of existing infrastructure, the environment, culture, sports, and recreation, among other activities, of parks in accordance with the budget amounts available.

III. Promote and disseminate the use of the parks, as well as the different activities carried out in them.

IV. Establish specific rules of operation and use of park facilities in accordance with municipal regulations and applicable laws.

V. Issue and approve a comprehensive park management plan. Encourage school visits in accordance with the policies and programs approved by the City Council.

VII. Process, obtain, and grant permits and authorizations, enter into contracts and legal actions, grant concession permits according to the applicable legislation, and provide all necessary judicial actions for the compliance of those ends.

VIII. Receive contributions and donations from individuals and public or private institutions for the fulfillment of its purpose.

IX. Manage the resources of government agencies, entities, and national or international non-governmental organizations related to its purpose.

XI. Others matters granted by the applicable laws and regulations.