At the start of the COVID-19 contingency, various organizations joined together to form the Corazones Unidos NGO conglomerate, including the Banco de Alimentos (food bank) de San Miguel de Allende (BASMA), Amigos 100, Red Cross San Miguel de Allende, Patronato Pro Niños, SOME (So Others May Eat), and Vamos México, among others. Corazones Unidos, which is headed by DIF (Comprehensive Family Development), has donated tons of food and vegetables. Now, with Bachoco joining forces with Corazones Unidos, each food donation to the 1,500 families included 1.3 kilograms of chicken.

In addition, the restaurant industry donates a portion of its supplies to the conglomerate so that DIF can prepare food and deliver it to groups of older adults. The items that are delivered include powdered milk, oil, lentils, beans, rice, pasta, toilet paper, oatmeal, vegetables (when available), and other products, depending on what has been donated.

“When we work as a team—society and government—we can make possible actions like these and help those who need it most,” said the president of the DIF system, Verónica Agundis. She thanked the social commitment of Dr. Jesús Mario Herrera Rivadeneira, who was responsible for connecting DIF with Bachoco and making the donation possible. 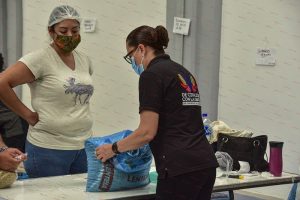 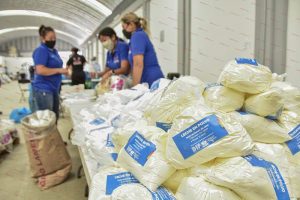 Previous PostPut It On Already!Next PostQuarantine If You Might Be Sick w/Scenarios: Stay home if you might have been exposed to COVID-19