Melinda Marino, from Esencia Yoga y Spa, is a yoga instructor with more than 16 years of experience. She talks about the “eagle” pose and says that it’s one of the most holistic positions in yoga because it is the only one that involves all the main joints of the body. This position is achieved by bringing the elbows together in front of the chest. The wrists are crossed, allowing the palms of the hands to touch each other. At the same time one knee is placed on top of the other, with the right leg “hugging” the left leg, placing the ankle on the calf. Visually, one creates a straight line. Among the many benefits of regularly practicing this position is alignment of the spine. It also releases tension or stress from the joints, bringing the necessary oxygenation to the brain and is supposed to prevent early onset of arthritis.

Marino tells us that her Esencia studio is fully equipped to practice this and other poses. The facility has heat panels that act like an artificial sun, giving heat to the water that the body retains when doing hot yoga, as well as tubular bars for trapeze yoga. 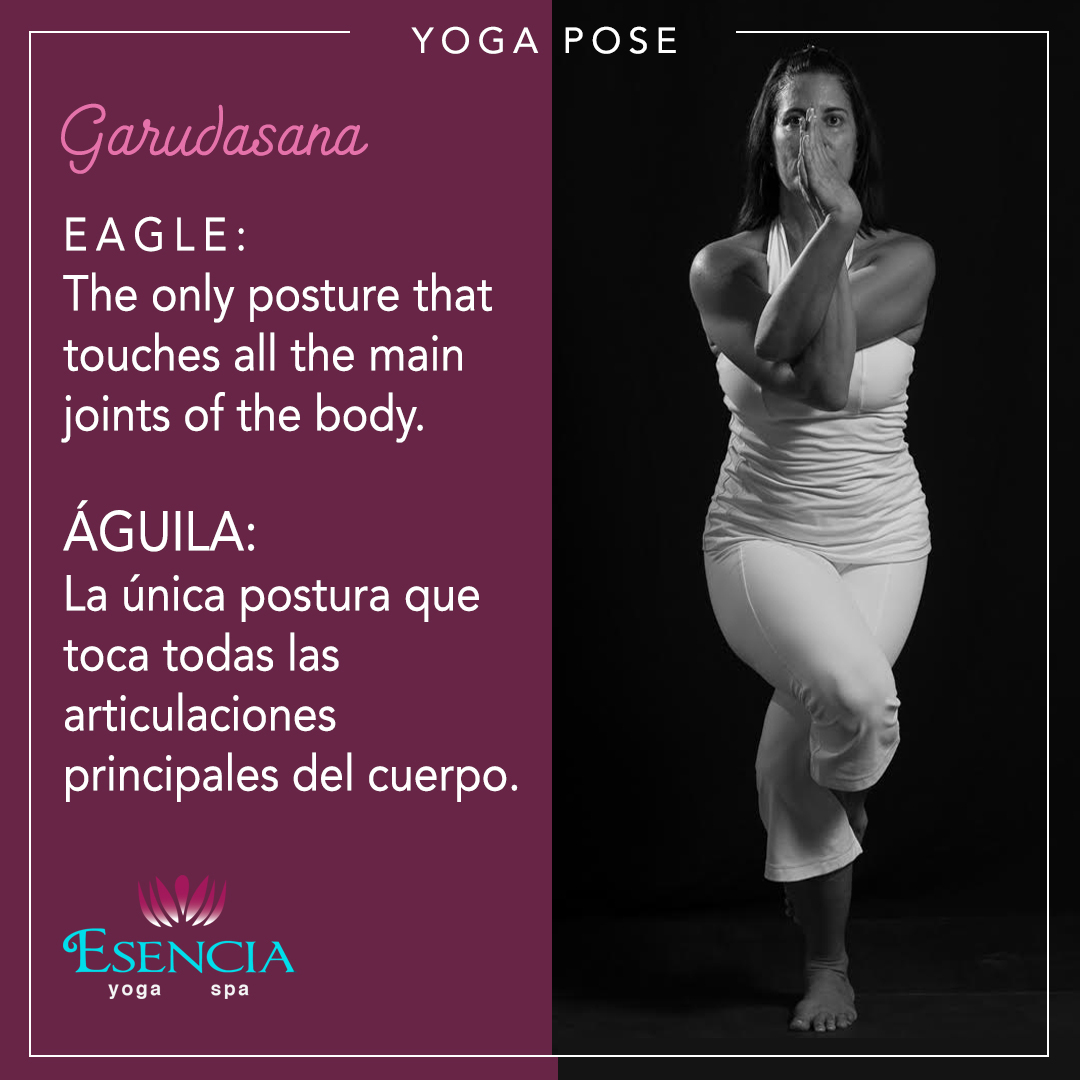