In the San Miguel de Allende communities at the highest altitudes or in the mountainous areas, temperatures can drop to minus five degrees Celsius. In recent winters this has brought not only frost, but even snowfall.

This season, at least 10,000 children, adults, and senior citizens are experiencing a warmer winter thanks to Amigos al Cien. Led by Myrna Montes and Guadalupe Álvarez, teams of volunteers went to the most remote communities, delivering not only toys but, above all, blankets (donations from Sanmiguelenses and other committed people).

From early almost every day during December through the middle of January, the teams could be seen visiting communities such as Los Toriles, Pedregudo, Pinalillo, Puerta del Aire, Cinco Señores, where a smile said more than thank you. The volunteers also reached the city’s outlying neighborhoods.

Here are some photos we took as we accompanied them. 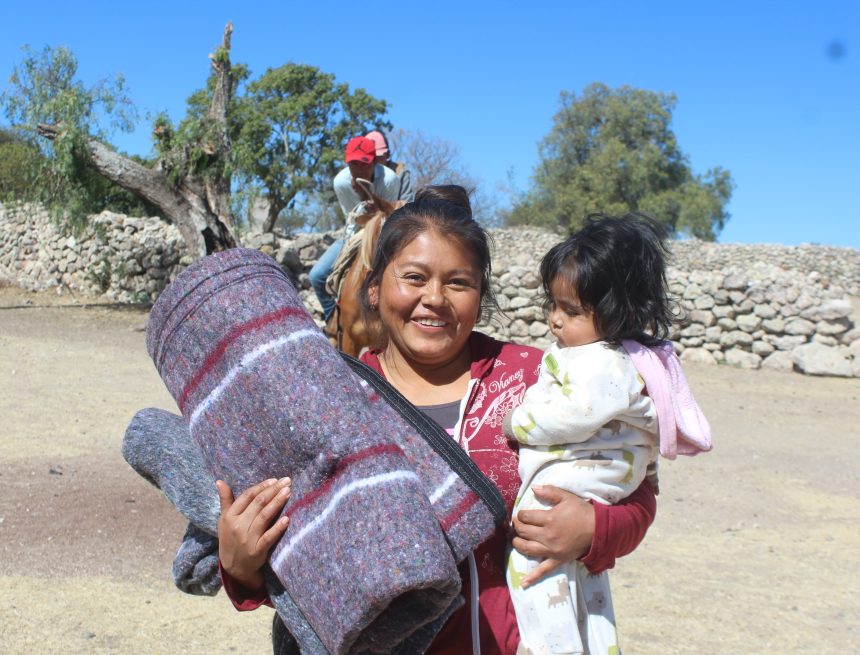