“Development comes first, planning comes later,” some say. What we can be sure of is that a tourist triangle project between Comonfort, San Miguel de Allende, and Dolores Hidalgo will start sometime this year. Dolores and San Miguel will be connected by a four-lane road with a state investment of 2 billion pesos.

Between San Miguel and Comonfort is an abundance of spectacular houses and lots for sale. The same applies along the roads to all the entrances to San Miguel—from Querétaro, Dolores, Cieneguita, and Celaya. San Miguel City Council Secretary Gonzalo González stated that the local administration is working with the government of Comonfort to create an orderly development between the two cities. Abelardo Quero, director of Urban Development in San Miguel, acknowledged that if housing development is not addressed, San Miguel could face more traffic, safety, and environmental problems.

South of San Miguel, Comonfort has about 100,000 inhabitants, and was declared a Pueblo Mágico in 2018 (the plaque is displayed in the old municipal palace). The town is popular for its Festival of Indigenous Dances (celebrated annually in March), for the Orduña de Abajo archaeological zone, for its Neutla Dam protected natural area, for its handicrafts, and for the stone mine from which one of the principal artifacts of Mexican gastronomy is produced, the molcajete (a traditional stone mortar).

The Tourism Coordination Council of Comonfort was created recently and is still evolving and generating information to plan its projects. Atención spoke with the town’s tourism coordinator, Claudia Elisa Rodríguez, who explained that the town is focused on upper-middle and middle-class tourism, and that it is preparing to offer higher-quality services. So far, Comonfort has five hotels for a total of 100 rooms, and haute cuisine restaurants along with traditional eateries. She said that overnight tourism was starting to be strong but the pandemic has reduced it to 30 percent occupation.

Rodríguez also indicated that “the region was known in ancient times as ‘Chamacuero’. Protected by a mountain range that served as a fortress upon the arrival of the Spanish, it was an important town for the indigenous of the state of Guanajuato. After 70 years of conquest and fighting over the territory, the town became a blend of indigenous idiosyncrasies and Spanish influence, evident in traditions and the gastronomy.” 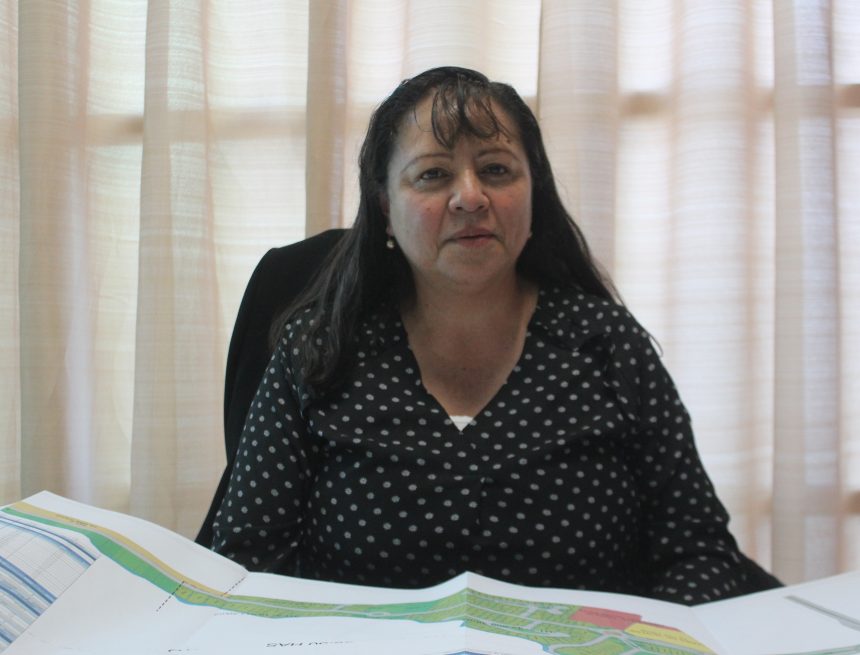 Some 60,000 people live in the municipal center of Comonfort, according to the town’s Director of Urban Development Olivia Rico García, and the remainder of the population lives in the 90 surrounding rural communities. All have potable water, except for La Asunción and Rosales, where inhabitants are supplied by water truck delivery. Comonfort does not have vehicular traffic problems unless the streets are closed for public works.

Also an Architect, Rico García commented to Atención that according to the Comonfort Development Plan, the area for industrial growth is set for the west of town, while the area for housing developments will be to the north, along the highway to San Miguel de Allende.

Claudia Rodríguez commented that Martorell will take up 36 hectares with residential land use of medium density. The company requested approval for 270 lots, but so far the Comonfort city council has only approved 198 lots—each 1,000 square meters.

Online, another development, Los Remedios, is also being advertised as “land in San Miguel de Allende, just 15 minutes from the Historic Center in a sustainable community, [starting] from 895,000 pesos.” More information indicates that it will be an “agrihood,” meaning that it will integrate agriculture in a residential neighborhood. “Just 15 minutes from San Miguel de Allende will be the first agrihood in Mexico, with the opportunity to participate in community, under the supervision of experts, growing a wide variety of vegetables and fruit trees. It will be a true farm-to-table experience producing fresh food, and a relaxing activity committed to the environment.” The advertised lots are 525 square meters. Rico García explained that the housing use that the Comonfort city council has approved for this development is mixed, with 207 lots of 2,000 square meters. The main crop will be avocados.

Finally, Rodríguez noted that other investors have requested information for developing more hectares in the northern area of ​​Comonfort, although they have not initiated any formal process. “Investors are looking for developments on the way to San Miguel de Allende .” Rodríguez  added that there has been no communication with urban development counterparts from San Miguel de Allende, only with those from Celaya.

The Abbess, Artesanto I and II, Summits of San Miguel, La Luminaria, Aldaba, and La Serena are just some of the housing developments in progress in San Miguel de Allende.

Regarding developments in Comonfort, Abelardo Quero, director of Urban Development in San Miguel de Allende, said, “The impact will be on San Miguel, not Comonfort. Mobility will be negatively impacted. There has been a lot of investment and we have problems—if to this we add more vehicles because [the developments] are sold as San Miguel and not Comonfort properties, a significant number of people will gravitate to San Miguel, because the attraction is our city and not Comfort. We will surely review this subject soon. My concern is for San Miguel and its citizens.”

Regarding communication with Dolores, he said that it is constant, especially in relation to the Boulevard de la Libertad project. “The project could start in November-December of this year, and will connect Dolores and San Miguel. It will be a decent corridor that would reduce travel time.”

On the road to Dolores, the Cantarella, Viña del Cielo, and Las Puertas housing developments are in progress.

Abelardo Quero said that Because they are neighboring municipalities (San Miguel-Dolores-Comonfort), “we are in constant communication. Boulevard de la Libertad is being traced over the road to Dolores in order to have the highway that we anticipate (Boulevard de la Libertad would be a highway free of tolls). Once the executive project is delivered to us in July we will formally announce it. It would shorten the travel time to Dolores; Comonfort 15 minutes away. We will work on a comprehensive plan, with the wine route being expanded in the tourist triangle to compete with national tourist destinations.”