“’It would be worthwhile if the UNAM rector committed to supporting us with a paleontological museum. It can be built in Atotonilco, since [we already have] the land there that was donated, and [it is] where the vestiges are. The donation was meant for educational purposes.”’

Few know that there is a paleontological zone on the road from San Miguel de Allende to Dolores Hidalgo. It is an area of about three thousand hectares, where the “’giants”’ rest; this is how the local inhabitants call the bones of enormous prehistoric animals.

Currently, the residents of the area patrol the site, as looting for sale or illegal gifts has been constant. Ignorance of the significance of these findings even led some residents, up to about 50 years ago, to grind the bones for tea as a cure for shock.

The land where the skeletal remains are located is near Atotonilco, and was donated to the city council by a San Miguel resident (the donor prefers to remain anonymous), with the intention of having a paleontological museum built there.

Guanajuato State Governor Diego Sinhue Rodríguez Vallejo spoke about this last week during the ceremonial laying of the first stone of the National Autonomous University of Mexico’s San Miguel campus. During the ceremony, authorities from the most prominent university in the country were present, including UNAM Rector Enrique Graue Wiechers, who witnessed the discovery of the “’giants.”’ He said, “’I know the area; [I’ve seen] some fossils. We started working [on the] donation. Today I’m glad to know that it’s done. The area must be preserved, studied, worked on. We have a paleontology museum in Puebla. The area of Guanajuato is rich in fossils. I must review the project, its economic and academic components, and then we will arrive at a solution. If the space is not preserved, the pieces [will be] lost.”’

It all began here

Some 47 years ago, Dr. Óscar Carranza, a researcher at UNAM, began to investigate a collection of fossil vertebrates. In 1973 he traveled to San Miguel de Allende, where he began to work on what he classifies, within the domain of fossil remains, as “’one of the most important areas in all of North America,”’ due to the number of species already identified in the zone. The period to which these remains belong is the Late Tertiary, which ranges from 1.8-23 million years ago.

“’If we could travel five million years into the past, to what is now central Mexico, we would find ourselves in paradise. The place was not as dry as it is today; there was plenty of water, and because of that many more plants grew that were capable of supporting a mass of animals much greater than what is possible today under natural conditions,”’ said Carranza for UNAM Global. UNAM notes that some specimens had already been described in San Miguel in 1870, and that “’today, the area of ​​San Miguel de Allende is the most important in Mexico in relation to that period, as it has a stratigraphic characteristic unique in all of North America: there are continuous fossil deposits [aging] 4 million years.”’

Who are the giants?

The document, “’Paleomastozoology of the San Miguel de Allende Basin, Guanajuato State; Its Contributions: The Biotic Exchange Between the Americas,”’ written by Carranza, establishes that in the area being researched, remains were found of a large sloth known as Glossotherium, an extinct genus of giant sloths, in Rancho el Ocote. These herbivores could measure up to six meters from head to tail, and weigh up to six tons.

In Los Corrales, a pampateri shell was collected. This armored mammal, the ancestor of the armadillo, measured about 3.5 meters long, 1.5 meters high, and weighed up to two tons.

The text states that in the Rancho Viejo area, the first records of caviomorphic rodents, the capybara Neochoerus, were discovered.

Among other findings, a new species, the Neochoerus cordobai, is described as being of considerable size.

According to Rector Enrique Graue, the remains registered by the UNAM researcher are safeguarded by the university.

In search of megafauna

Atención was given access to an extensive area, where huizaches prosper as much as cardón (teasel), the medicinal tatalencho and horse’s tail do. In the distance you can see the Cerro del Jobero and the Rondanejo. After passing through “’secret”’ paths that are well protected by the inhabitants, the land opens up and a 30 meter-deep stream appears, which you access scrambling sideways to avoid slipping and falling. In one spot there are bits of a material different from the soil compacted by the rain; they are the remains of two tusks—if you dig a bit you can see the form.

Arturo Morales, an expert in adventure tourism, nature, and culture in San Miguel accompanied us. He indicated the point where an almost complete skeleton of an unknown animal is located. Due to landslides—the earth is very fragile—the skeleton is not visible. Morales said that it is better that it remain hidden, since the area has already been looted on several occasions, and the whereabouts of the estimated 2,000 retrieved fossil pieces is unknown. Previously, people did not know that the looting and illegal sale of archaeological and paleontological pieces in the country and abroad can be punished with a fine of 3,000 UMA (a formula used to calculate certain nationwide economic standards, like fines), or three to 10 years in prison.

Together with Morales we continued the tour to see the remains of another tusk that had been discovered. Despite the vigilance of the neighbors, when we arrived at the location the fossil remains had disappeared. “’Surely the looters or buyers will not enjoy much of the piece, because they require scientists [to complete conservation and restoration work] from the moment they are extracted…otherwise they become dust,”’ Morales explained.

When people were not aware they should not steal the bones, they would take them home and sell them; others, like Don Sebastián Ramírez, from the community of La Petaca, guarded them at home to prevent theft. In his kitchen he has two parts of a tusk as well as part of a jaw fossil. Ramírez describes how as a child he played by the community stream and how easy it was to see giant bones. On one occasion he was sheltering from the rain in a small cave, when he began digging with his hands and found fossil remains. His elders told him that giant bones were good for curing shock; they ground them and smeared them on their skin, while others preferred to make tea out of them.

Morales, who is also an activist and guardian of the history and culture of San Miguel, has been investigating the history of megafauna for several years. He also works in the Frontera Tierra Adentro, a sustainable tourism project focused on archaeological sites, viceregal buildings, chapels, and colonial haciendas, among other important historical spaces. Morales finds the land donation for the museum laudable, however he believes that more work should be done beyond Atotonilco. He and associates have proposed a project that allows local residents to share in history, culture, and wealth of their land.

The project proposes dozens of kilometers of walkways and bike paths for visitors and locals to appreciate local jewels that are not within the historic center of San Miguel. The proposal includes the construction of tourist service areas that would offer parking, toilets, and multipurpose rooms, among other services, as well as tourist stations with WiFi service, bicycle rental, recreational and educational activities, workshops and transportation. “’Members of the communities should be entrepreneurs of their own heritage,”’ he said. The project should be comprehensive. 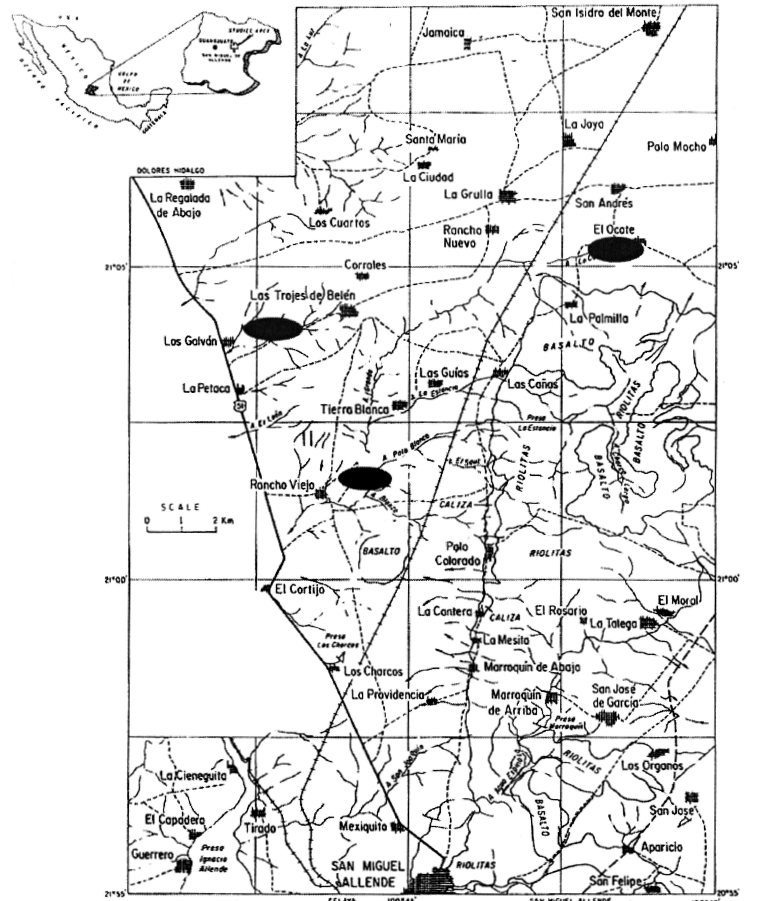