A new arthouse screen in town, “Compartimento Cinematográfico,” launches its first program on Thurs., Nov. 5 with a special pre-premiere screening of Mexican director Fernanda Valadez’s debut feature “Identifying Features,” which celebrated its world premiere during the 2020 edition of the renowned Sundance Film Festival, winning both the Audience Award and Best Screenplay in the international competition.

The film follows the journey of Magdalena, a single mother leading a humble life in Guanajuato, in search of her son who went missing en route to the U.S. border. A road movie with thriller nuances leads us through the complex landscapes of contemporary Mexico in a humanist story about dignity that addresses the painful issue of disappearances. In the words of the San Sebastian festival jury, “through the eyes of a mother the film shows the strength of women defending the right to know, facing impunity and the amnesia of violence, and to convey hope in the ability of the people to create a more humane world through solidarity and empathy. “

“Identifying Features” is Guanajuato-born Fernanda Valadez’s first feature-length film as a director. Shot almost entirely in locations throughout the state, many actors and crew from the region collaborated on the production, which also received support from the Guanajuato Film Commission. Recently, the film won the Horizontes Latinos and the Spanish Cooperation awards at the San Sebastian International Film Festival, adding up to a total of 11 international accolades at festivals, including Lima, Kiev, and Zurich, before being presented for the first time in Mexico.

The screening marks the official opening of the Compartimento Cinematográfico, which seeks to create a regular home for cinephiles in San Miguel de Allende and to present the most outstanding works of the seventh art on a weekly basis. With the variety of enthusiastic local audiences and the urgency of cinema as a communal cultural experience in mind, the space offers an “arthouse cinema” accessible for all audiences, where they can enjoy curated programming and discover both contemporary Mexican cinema and foreign films that do not reach commercial theaters in the region.

Compartimento Cinematográfico is located inside Mezcal-Art on Calzada de la Estación 59 (next to the Immigration offices). Due to the health contingency, attendance is currently limited to 10 inside the theater. Open-air screenings will be held each Thursday with due precautions. There is limited capacity with mandatory use of facemasks. 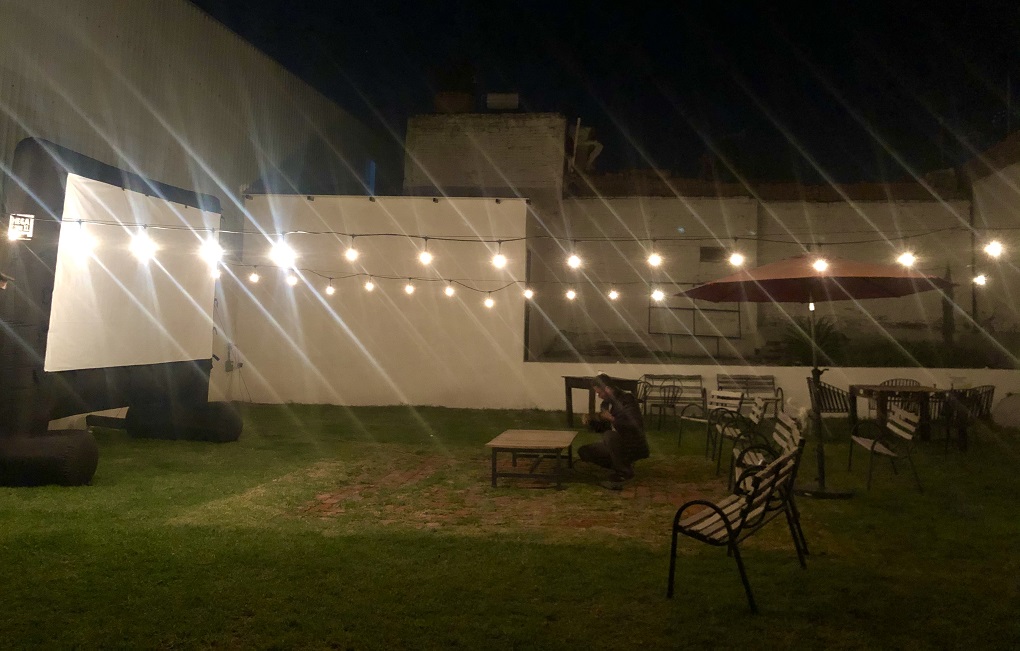