Francisco Peyret, director of San Miguel de Allende’s Environment and Sustainability Department, pointed out that during this commemorative period of the dead, the city will only be decorated with 500 cempasúchil or marigold flowers. Last year, according to data from the municipal government, 6,000 marigolds adorned the city— 3,000 of them from the municipal nursery.

Peyret explained that due to the contingency, public squares will not be adorned with marigolds; instead, the flowers will be distributed among the Patrimony roundabout and the municipal DIF, with the rest to be used for the Culture and Traditions Department activities.

He also pointed out that this year the Department of Environment and Sustainability focused on the low-cost reforestation and conservation of public spaces, reproducing local endemic specimens.

The nursery’s technical manager, Alejandro Vasconcelos, mentioned that the plan is to collect seeds of San Miguel’s ecosystem to avoid having to purchase them, which could mean savings for the municipality.

Vasconcelos said that the municipal nursery is focused on the reforestation project, and several specimens, including ocotillo, jacaranda, elephant foot, rue, olive trees and agaves, are expected to be planted in local forest areas in the month of May. The tree species are cultivated in the nursery until they reach 80 cm in height.

According to Peyret, in 2021 Los Picachos hill, La Margarita ranch and Cañada de la Virgen will be reforested with 200 thousand trees and agave specimens. Around 700 hectares will benefit from the project.

Salvemos al Río Laja, Guanajuato Conservation Bodies and Somos Mezcaleros are some of the organizations that will help by offering  “technical knowledge,” said Peyret, while NGOs will provide technicians in agronomy, reforestation and hydraulic works, in addition to endemic species for the reforestation project. 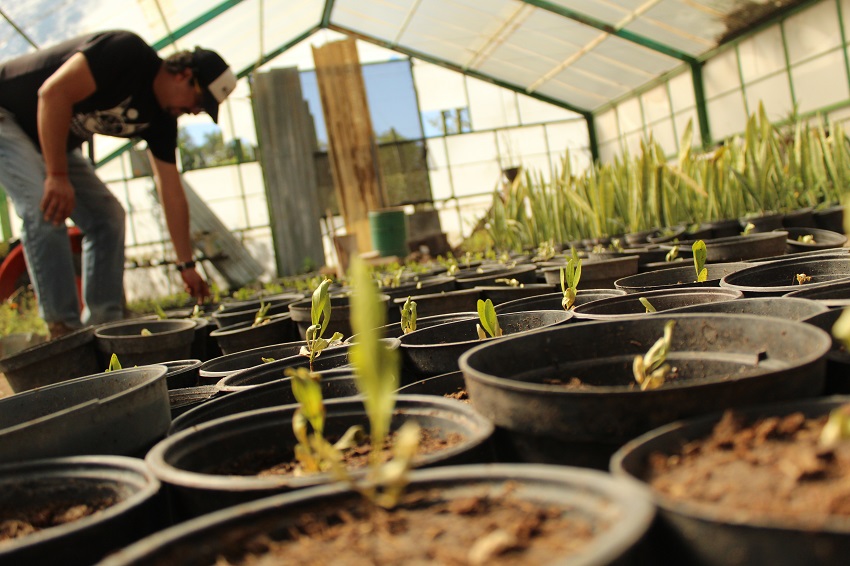