The Biblioteca Pública de San Miguel de Allende has been, like many other organizations, deeply impacted by the COVID-19 crisis. After more than 60 years of loyal service to the community it is not the first crisis, but all the preceding ones were transitional ones due to the changes that affected the world of education in general and changes in the composition of the board of directors.

Fortunately, the last few years saw a complete reorganization of its policies and procedures, and on the financial side the establishment of financial reserves to back up its commitments to its scholarship recipients, its educational and cultural programs, and its employees. The library also received two legacy gifts that were immediately earmarked for the building expansion projects that are part of the 10-year plan included in our long-term contract with INDAABIN, the government department in charge of federal properties.

The Board of Directors, even before a law was promulgated to that effect, decided to close the library and organize some of the staff to come in shifts and the rest to work from home.

The direct consequences were social because the community suddenly was deprived of its community center, a meeting place for people of different ages and backgrounds and students were cut off from the classes offered at the library.

The financial burden became also a main concern because the sudden cessation of activities in the social enterprises left the library with no income but with payroll, rent, and other fixed expenses.

In a discussion, its president, Ali Zerriffi, talked to us about the situation. 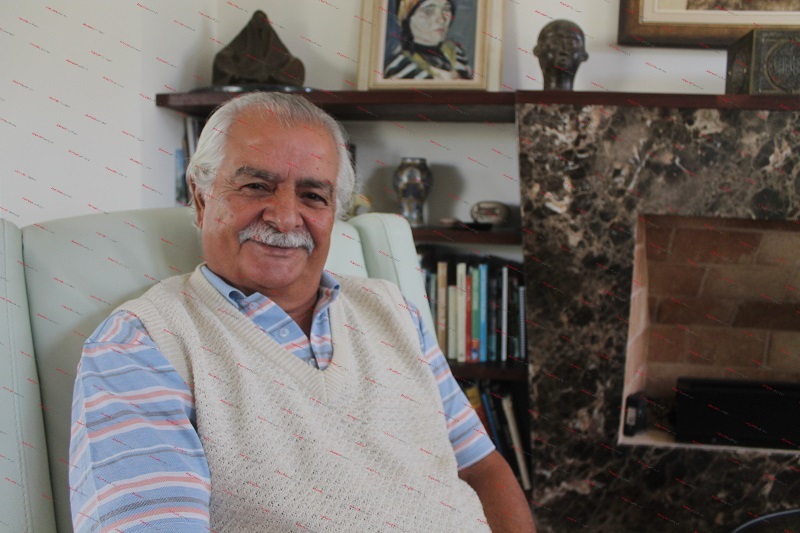 Just when it seemed that everything was fine…

The year 2020 started with a lot of optimism: the library had just finished renovating the theater, the social enterprises were well organized and functioning well, the scholarship program and the classes were well administered and the labor climate stable and the staff quite engaged in every facet of the operation and then the pandemic started. Everybody was following what was happening around the world and the impact the health crisis had in Mexico and so what to do?

What priority to follow? The board started by cutting down on expenses, worked out a contingency agreement with our suppliers and clients and concentrated on keeping the staff paid and busy.

Unfortunately, and despite the stopgap measures to control the expenses, the library is obliged to use some of the finances that were reserved for new classrooms, a digital library and other upgrades.

Staff and executive board members started to look at the different library operations with the objective of rationalizing the use of spaces and reconfiguring the business model behind every internal enterprise.

Activities were reduced to acceptance and sale of books only and the whole thrift shop inventory was donated to Casa Hogar Mexiquito thanks to the generosity of an anonymous donor who bought the whole lot from the library. The space will be used now for classes and workshops.

Back in print this week after more than 5 months, the newspaper was published online but a new digital version was worked on during the hiatus and the same was done for Que Pasa and the Biblioteca webpage.

The theater had undergone very important renovations during the last months of 2019, renovations that took care of external noises, safety issues and a total upgrade of the lighting and sound systems. Virtual events like concerts, workshops and conferences are transmitted via the theater and the library Facebook pages.

The gift store was allowed to reopen and is adhering to a strict observation of all the health protocols dictated by the government.

Here the change is going to be more radical so virtual tours will be offered of homes with distinctive architecture, interesting gardens, haciendas, wineries and other places of interest. A professional in the field will guide each tour.

The café is open from 9am to 3pm every day except Sunday and is offering a new menu. Unfortunately, the occupancy is limited to 50% of capacity until the health conditions improve.

In previous years the library had signed a convention with Universidad Virtual del Estado de Guanajuato to get access to its digital library but due to logistical and staffing problems that agreement was cancelled. The national library network uses a software system that is not bilingual and also not compatible in other aspects with the system used at the library. Bringing in a digital book collection is one of the projects that were planned and is now also postponed until things stabilize.

It seems that La Biblioteca is in phase 1 in the process of reopening its facilities, and must get to phase 3 before it is allowed to do so. The more likely scenario is it will be reopened at the same time schools reopen, independently of its adherence to all the safety protocols dictated by the different levels of government.

The current challenges La Biblioteca is affronting is, of course, to survive the pandemic, and take advantage of the crisis to innovate and upgrade its equipment, its products and its ways of serving the community.

At this point, Alí Zerrifi added: “given the crisis we are experiencing and the long months of closing, it would be a good time for the community to realize the importance of the Biblioteca as it will be very hard for it to survive without moral, financial and volunteering support from the community.”

The next board elections will take place next March and in the opinion of the president of the current board “ based on my experience of over 15 years and working with three different boards the most serious challenge for the library and all other NGOs boards is to ensure a proper succession at the board level and the managerial level. I have chosen to not run for an extra term because I feel that we have now a very strong and well-organized team with capable heads of departments supported by a professional HR manager and a very competent executive director. The executive board is composed of energetic and enthusiastic people from different backgrounds Debra Brossard, our current vice president who had worked for quite a while with the staff as a volunteer before running for election to her current position. Over those years she has developed great working relationships with all the staff and has been a leader as a vice president since she joined the board so, hopefully she will be a candidate for president in 2021.

As for me, I will always be a supporter of the Biblioteca and will continue to help as a member of one of the committees.”

Previous PostWe Are Back!Next PostHow to change license plates in the state of Guanajuato