A 38-year-old man operating a cement mixer was injured when it overturned. This took place on Salida Real a Querétaro and the man suffered a headache and dizziness. He was not taken to the hospital, according to the Red Cross. The incident supposedly took place because of loose soil that shifted under the truck.

This happened around 11am, and according to Civil Protection, those responsible did not notify 911 of the occurrence. Because of this, the work was stopped. When the inspectors arrived at the site, they requested entry into the building, but permission was denied. It was not until 10 minutes later that they were able to come in. Firefighters made sure that there was no liquid spill that could cause an accident. The municipal police also arrived at the site and the workers had to evacuate after the closure. Those in charge of the work be fined for this incident. 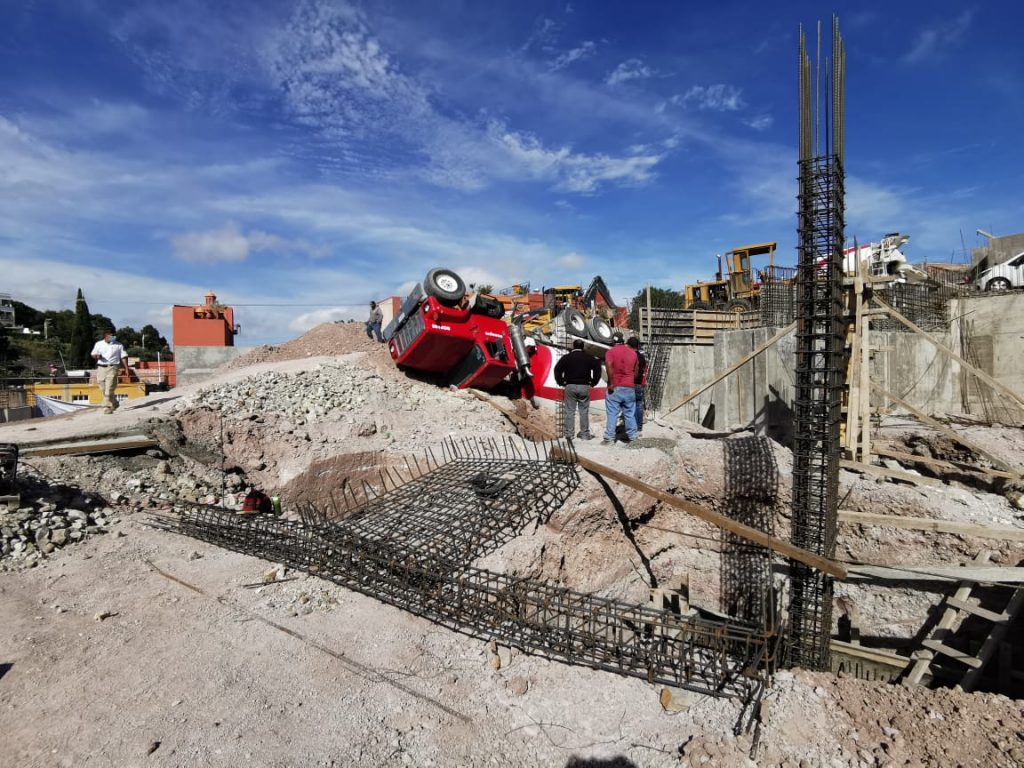 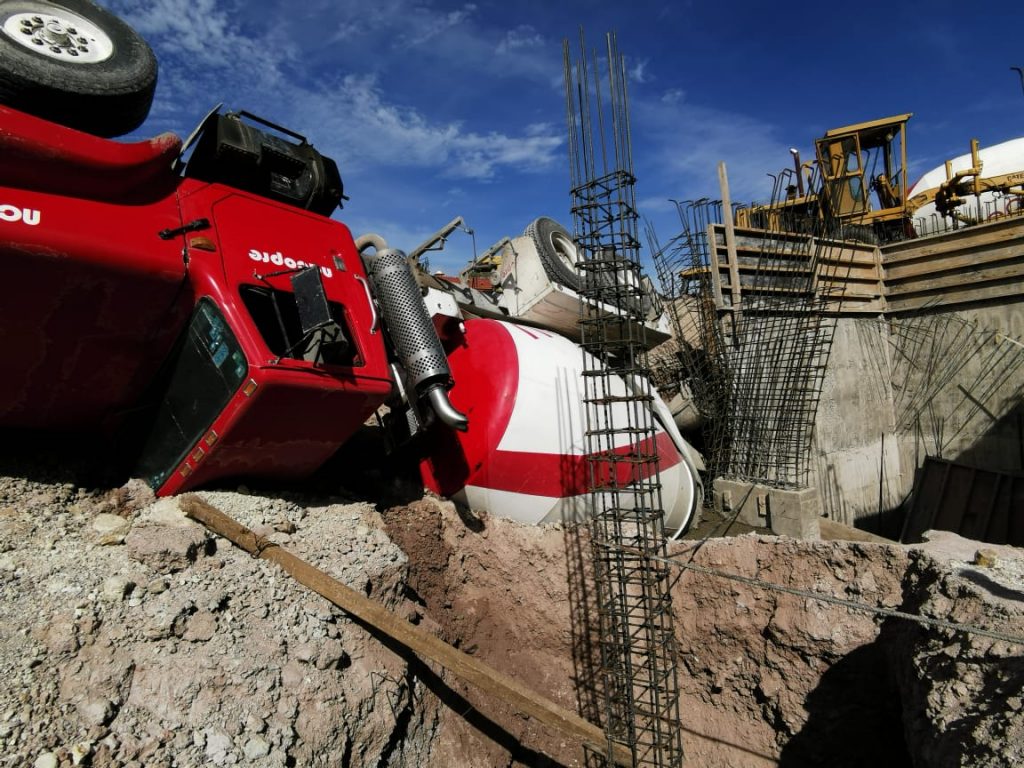 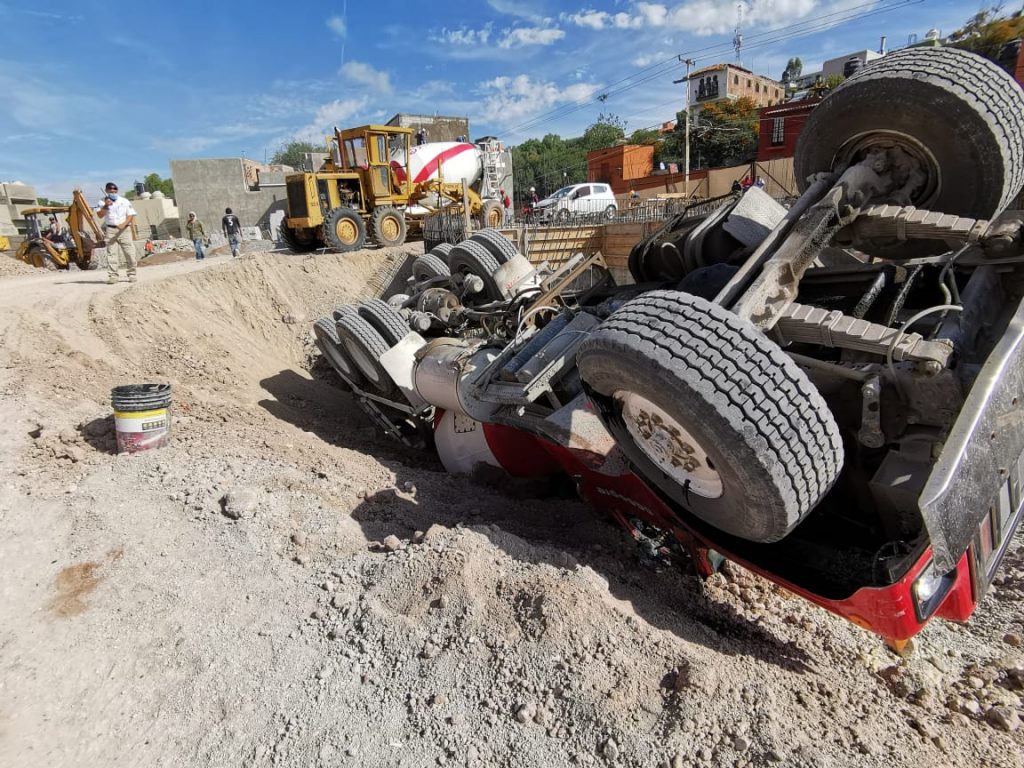