“Attention! You are entering a high-risk area for COVID-19.” This is the message on signs that Jurisdiccion Sanitaria II (Health Jurisdiction II) has placed in seven San Miguel de Allende neighborhoods identified as high risk for COVID-19 infection. The banners urge the use of face masks and disinfecting gel, maintaining a distance of at least two meters between people, and, preferably, remaining at home. For anyone with symptoms including fever, headache, sore throat, or loss of taste or smell, the recommendation is to seek immediate medical help.

Jorge Vidargas Rojas, head of Health Jurisdiction II, told Atención that 85 percent of the infections are in the city’s urban area and the rest in outlying rural areas, noting that health practitioners are stepping up the local face mask campaign. Random surveys and observation indicate that face mask usage in the city has been increasing. A month ago, only 15 percent of people were using them, but by the beginning of August, 45-50 percent are donning masks. Pointing out high-risk areas is not intended to create panic, clarified Vidargas Rojas. It is so people will practice health measures such as frequent hand washing, social distancing, and the use of masks, among others.

Vidargas Rojas added, “The reactivation of the economy does not mean that COVID has ended; it implies being stricter in personal health and towards others.” Regarding the COVID banners, Antonia Sánchez, a resident from Palmita de Landeta, said, “People stopped being afraid. If they did not see someone near them or someone they know who suffered from this disease, they stopped believing it existed. They believe in other things more than reality, and they are being bombarded with information. If they can’t believe a big sign, I don’t know what else can be done.” 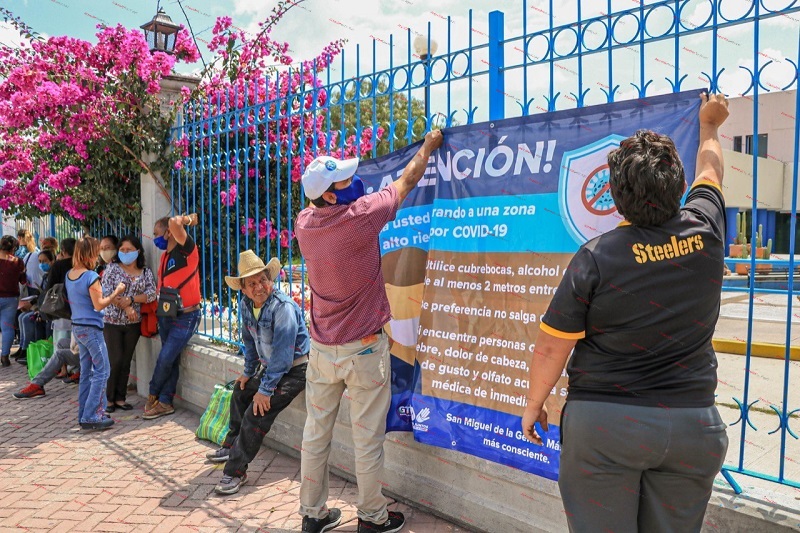