On June 15, the armed attacks began in the city of Dolores, today one more took place, leaving three people dead instantly, and one more person lost his life minutes later.

On Michoacán street, on the corner of Tlaxcala, there is a hamburger joint, and according to witnesses, the men who shot at some of the diners on a motorcycle arrived with long weapons.

At the place, three of the people died seconds after the attack, and one injured victim died later. The area was cordoned off by the emergency corps, and the Medical Examiner’s Service took the bodies for investigation. 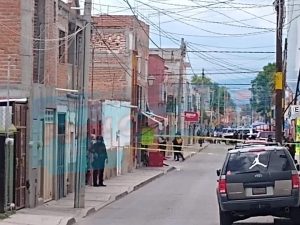 Lecture: Ending the Pandemic Slump: Is MMT the Answer