I am from Papantla, Veracruz, a city that has been named one of the Pueblos Magicos. On March 30, my mother, María Elena Ferral, was murdered there. She was a strong person, absolutely passionate about her work as a journalist.

I have understood for many years that one day I might have to face what I am facing. My mother had been under threat for 14 years. During much of that time, she had security protection, but after 2017 it was withdrawn. If it had continued, it is likely that she would be alive today.

On the day my mother died, I solicited protection from the Interior Secretary, from the National Commission on Human Rights, and from the Mexican Commission for Attention to Victims. I got it starting the next day, for 60 days. I have solicited an extension.

On May 24, at 11:00 a.m., I was traveling with my bodyguards when the driver said someone was following us. The guard in the back seat covered me with his body. When someone in the other car began to shoot, he returned fire, and we were able to escape.

I am not in Papantla now; since the attempt on my life, I am forbidden to return for six months unless I make special arrangements in advance.

I have only two months left to finish law school at the Universidad Veracruzana in Poza Rica. I am trying to finish on time and somehow survive.

In the county of Gutierrez Zamora, before the election, three of four candidates for mayor were killed, as well as my mother. All this shooting is about control of the territory. We are located on the only exit to the sea, at Tecolutla. My mother wrote an important article about this. And yes, it is a systemic problem; it is not a situation of one criminal or group of criminals.

My mother and I have always seen the role of the journalist as key in this situation. If there is no investigative journalism and nobody denounces what is going on, the dark forces will be able to take over completely. We upset them by telling what they are doing, and we must continue. 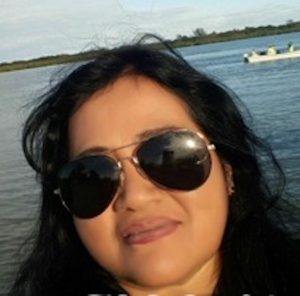 Three of the most popular all-inclusive resort brands

For one upfront rate, you’ll get accommodations, meals, snacks, beverages, and most activities, including non-motorized water sports like snorkeling and kayaking.

Atención welcomes Angel Marin Díaz to the weekly Legal column. Mr. Díaz has 20 years’ experience as President and CEO of Inmtec Legal Services. Inmtec offices in Mexico include San Miguel de Allende and Mexico City, with offices currently under construction in Querétaro.
Welcome to the biweekly “Q&A with Angel.” I will answer your questions every other week with pleasure; they do not necessarily have to be on the previous week’s topic.

Advice from Tia Maria Sue: Dealing With A Cat

Cancun Has Seen 6.4 Million Tourists during the Pandemic

Our Teenagers Will Keep You on Your Toes!

One Thousand and One Persian Nights